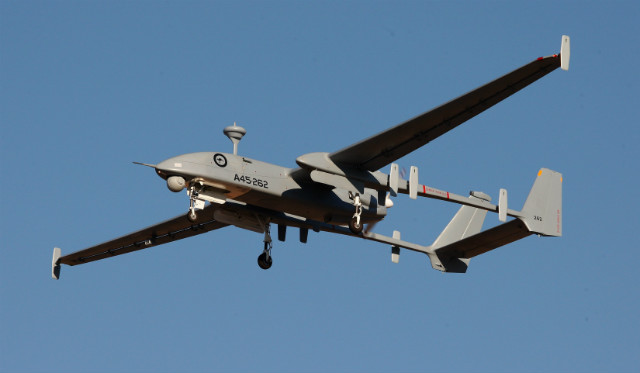 Since accumulating more than 27,000 flight hours in Afghanistan during a deployment that concluded in November 2014, Australia’s Heron 1s have been used for training and to further develop the RAAF’s tactics, techniques and procedures for using complex unmanned air vehicles. This process also supports its preparations for the future use of Northrop Grumman’s Global Hawk-derived MQ-4C Triton.

In 2009, the Australian Department of Defence contracted Canada’s MacDonald, Dettwiler and Associates to supply Heron systems to support its personnel in Afghanistan by providing intelligence, surveillance and reconnaissance cover. Two aircraft remain in use, which are ordinarily operated from Woomera air base in South Australia.

The Pitch Black exercise involved up to 115 aircraft and 2,500 personnel from Australia, Canada, France, Germany, Indonesia, the Netherlands, New Zealand, Singapore, Thailand and the USA, with flight activities launched from RAAF bases Darwin and Tindal in the Northern Territory.