Northrop Grumman has a high-profile presence at this year’s Avalon event near Melbourne, with the highlight being the first public air show appearance of the Global Hawk unmanned air vehicle.

A US Air Force example from Beale AFB in California flew to the show via Guam, making a night landing on its arrival at Avalon. The Block 30 aircraft then appeared on the static display, along with two Lockheed Martin F-22 Raptors. 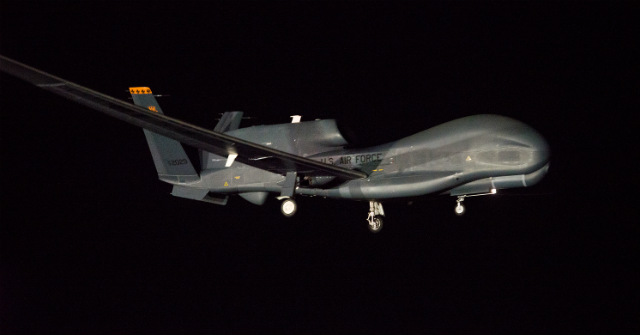 Canberra plans to buy seven or more of the MQ-4C Triton – the maritime patrol variant of the Global Hawk – to complement its planned fleet of eight Boeing 737-based P-8A Poseidon maritime patrol aircraft.

“The Triton’s 24h endurance allows it to conduct patrols along Australia’s northern borders,” says Royal Australian Air Force Grp Capt Guy Adams. He was speaking during a briefing hosted by Northrop Grumman and the US Navy – the only firm customer so far for the Triton.

According to a USN official, three Triton aircraft are now at the navy’s Patuxent River testing facility in Maryland. Laboratory and ground testing of the aircraft’s sensor suite is under way, and airborne sensor tests are planned “in the spring”.