Elbit Systems has unveiled a new variant of its Hermes 900 unmanned air vehicle, the StarLiner, which features modifications to enable its safe operation in civil airspace.

The medium-altitude, long-endurance UAV has been flight tested for the past 12 months in an Israeli national park, under the supervision of the country's civil aviation regulator.

Elbit says the StarLiner features a number of technologies to enable its integration in civil airspace, including the latest sense-and-avoid and terrain-avoidance warning systems, as well as an automatic take-off and landing feature. It is also suitable for beyond-line-of-site operations. 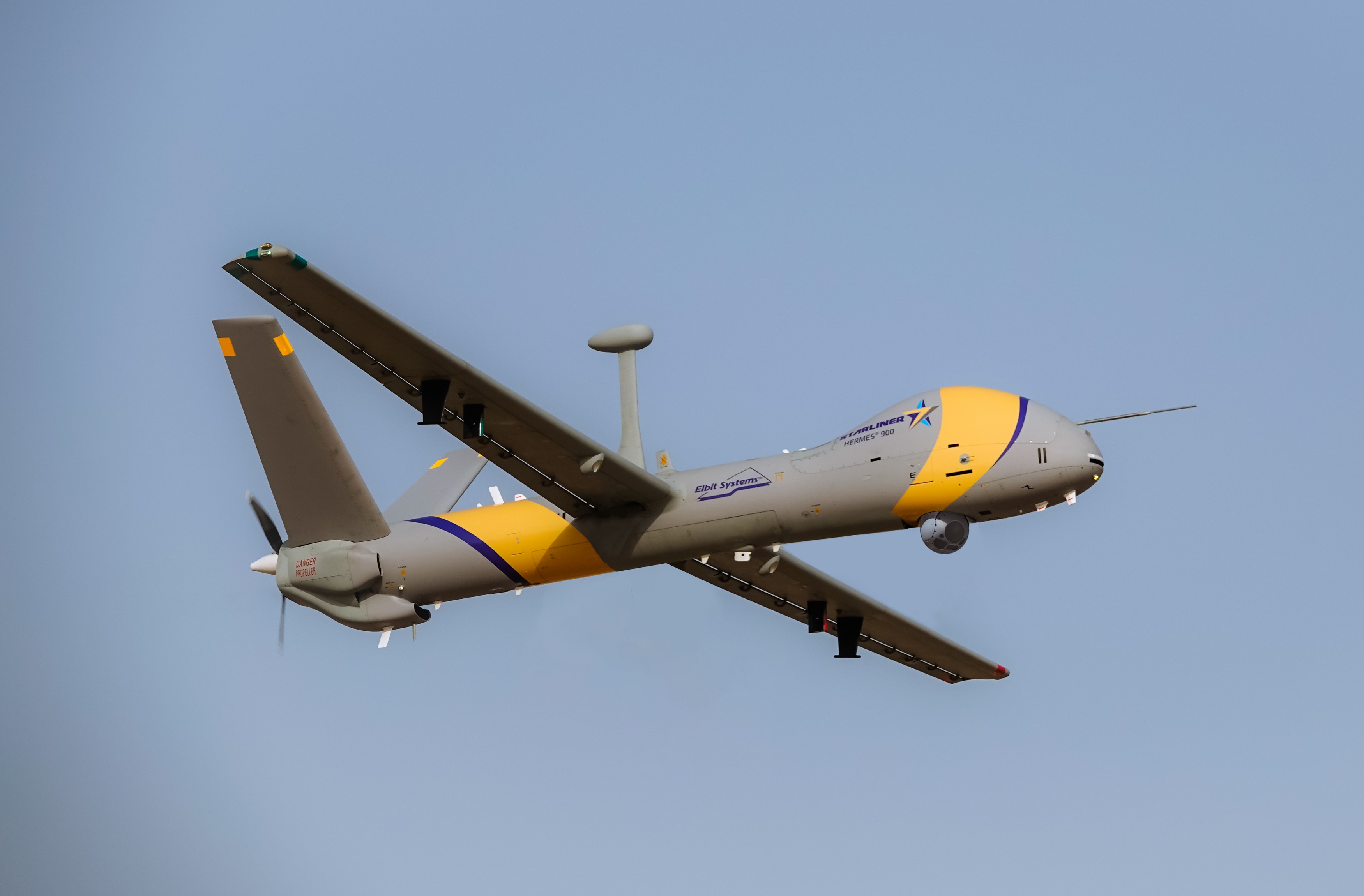 Elbit is currently assembling a version of the Hermes 900 StarLiner for the Swiss military, which will be delivered in 2019 for integration into civil airspace.