Elbit Systems will use the Paris air show to display its new SkyStriker loitering weapon system, which is believed to be the first member of a family of such products.

The SkyStriker is able to locate, acquire and attack targets with high precision, with an operator using its electro-optical/infrared seeker to identify threats. According to Elbit, its electric propulsion system provides a low acoustic signature and enables covert low-altitude operations.

Offering a flight endurance of up to 2h, the SkyStriker has a maximum take-off weight of 35kg (77lb), including a warhead of between 5kg and 10kg, depending on mission type. 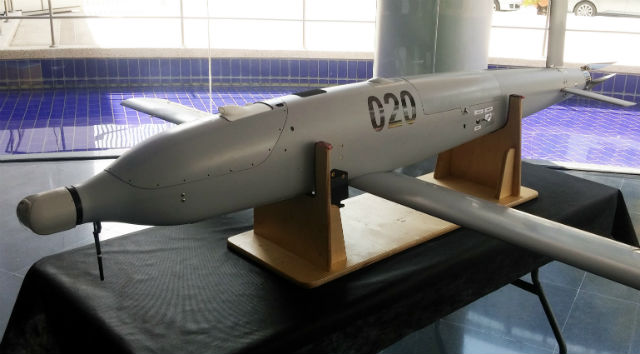 Elbit says the design can engage targets from a variety of angles, while an operator will be able to abort a strike as little as 2s prior to impact, before re-engaging other authorised threats or returning to a recovery point. The air vehicle lands using a parachute and airbag.

Describing the loitering weapon system as a force-multiplier for tactical units, Elad Aharonson, general manager of Elbit's ISTAR division, says SkyStriker "allows them to perform precise missions without putting them in harm's way”.