Chief executive Erez Meir says the Thor system has fully autonomous flight modes and a very low signature. Four metal rods used to support the UAV during take-off and landing are folded in flight to give its electro-optical/infrared (EO/IR) sensor payload a clear 360° view. 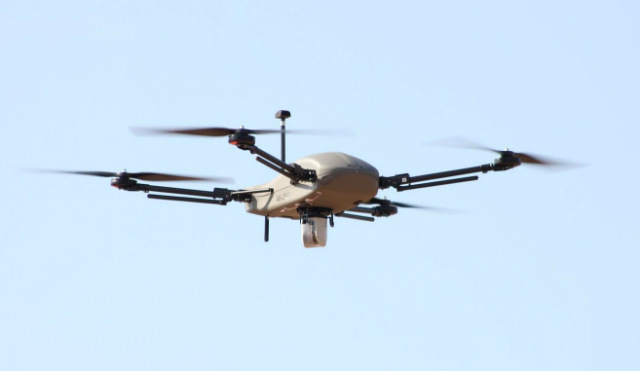 The smaller Nox has a 5kg MTOW, with Meir saying the micro-UAV is intended for use mainly for the paramilitary market. “One person can carry and deploy it in minutes,” he notes.

Powered by three electric motors and also featuring folding rods used during take-off and landing, the design has an endurance of up to 55min, depending on its payload. It is offered with an EO/IR sensor weighing 160 grams.

Last year Flying Production unveiled the Da Vinci, and it has teamed with Elbit Systems to compete for an Israeli army VTOL UAV requirement named Zur.