Named the "Kochav" (Star), the design performed hundreds of operational missions during last year's "Protective Edge" campaign over the Gaza Strip, but was subsequently grounded as work continued to fully integrate it into the service's inventory.

Initial operations were made with aircraft maintenance performed by Elbit personnel, with the company's employees also present in ground control stations, where they worked alongside air force operators. 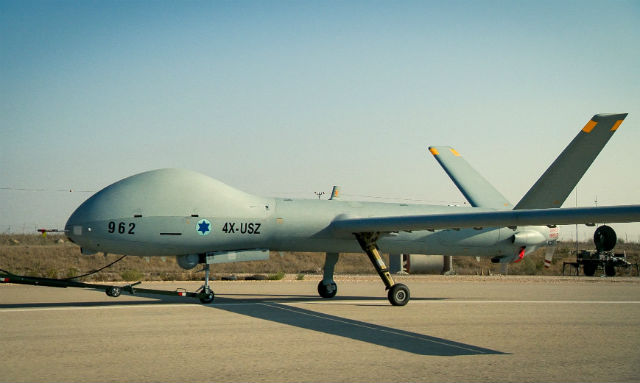 A medium-altitude, long-endurance air vehicle, the Hermes 900 can be flown carrying a wide variety of sensors, including those derived from Elbit technologies previously introduced on manned aircraft and ground systems.

Elbit was last year awarded a contract by the Brazilian air force for the supply of a Hermes 900 UAV, and Switzerland also has selected the type.