Israel Aerospace Industries has unveiled a smaller version of its Heron unmanned air vehicle (UAV), which has been specifically designed for deployment by mechanised forces in the field without access to dedicated airfields.

Named the Tactical Heron – or T-Heron –– the UAV is 30% smaller than the standard version and can be transported in containers on two trucks, Avi Blesser, vice-president marketing at IAI's military aircraft group, said on 4 June.

He says that the aircraft can be repeatedly deployed from "very short" paved surfaces, and ground troops will be able to operate the UAV for "reasonable missions" without relying on the specialised teams at airfields needed for larger drones.

IAI is currently conducting ground tests, and plans to have the T-Heron airborne in December. 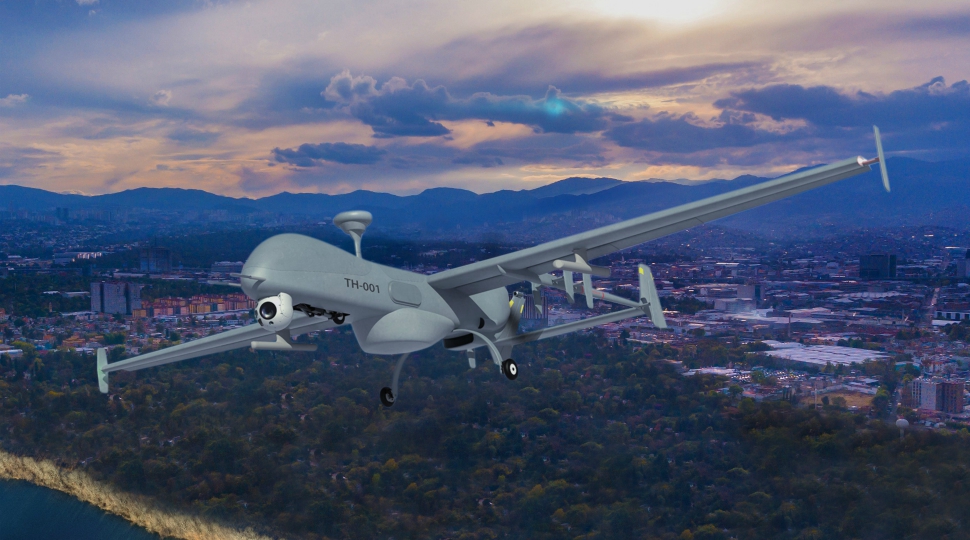 Blesser says that as the powerplant and onboard systems are "mature building blocks" that have been deployed on previous UAVs, the only new part is the smaller airframe.

Due to the use of common materials with its larger sibling, Blesser foresees no issues with the aircraft's flight behaviour and expects serial production to begin after a "very short" flight-test period.

The T-Heron is capable of carrying a "full spectrum" of communications and intelligence sensors on four hardpoints and a "widebody" payload bay, Blesser says. However, the T-Heron will not be armed.