Israel Aerospace Industries is transferring unmanned air systems manufacturing capabilities to its Brazilian subsidiary Avionics Services, in an effort to produce a “Caçador” derivative of its Heron medium-altitude, long-endurance type for the local market.

Designed to meet Brazilian requirements, the Caçador will be manufactured in the country by local industry. Avionics Services has already started the process of production, maintenance and operation for building Caçador at its Botucatu airfield facilities in São Paulo, following the transfer of technology from IAI.

The Brazilian Federal Police has operated the Heron since 2010, and has accumulated a substantial amount of operational experience with the type, according to IAI.

The Caçador UAS will be equipped with an automatic take-off and landing system and be capable of carrying a diverse range of multiple payloads for line-of-sight operations, or beyond line-of-sight using satellite communications. 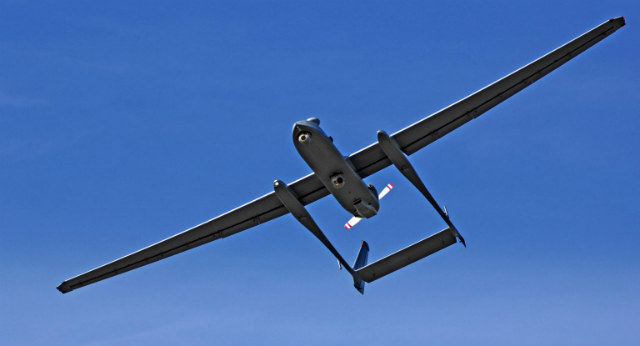 IAI sources say the Caçador will be used mainly by the Brazilian navy for maritime surveillance and exclusive economic zone protection, with the service having a potential initial requirement for up to five systems.

European Advanced Technology, an IAI subsidiary, acquired a minority holding in Avionics Services in 2014, as part of a strategic expansion into the Brazilian defence market. According to IAI sources, the Brazilian military is also interested in smaller UAS, such as the company's BirdEye 450 , BirdEye 650D and the vertical take-off and landing Panther.

Meanwhile, Avionics Services is also offering to provide upgrades for Brazilian military helicopters, with candidates potentially including the Bell UH-1 and 206, Mil Mi-35 and Sikorsky UH-60L. The activity is not aimed at types manufactured by Airbus Helicopters or its local unit Helibras.