Forward-deployed at the Polish air force's Miroslawiec air base, the US Air Force's (USAF) 52nd Expeditionary Operations Group Detachment 2 flies the medium-altitude, long-endurance type in an unarmed configuration. MQ-9s have been flown from Poland since May 2018, the service says. 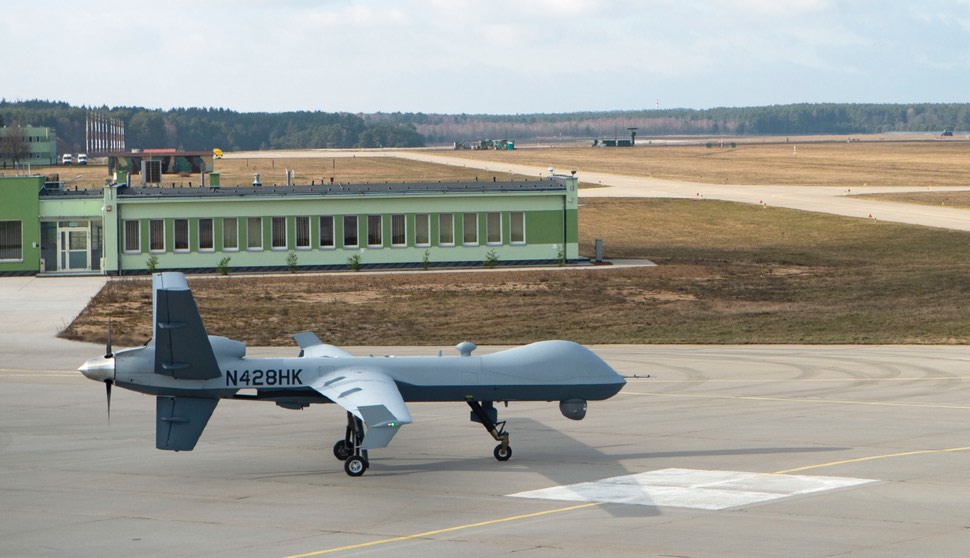 Currently flown by a mix of Tennessee Air National Guard and contracted personnel, the intelligence, surveillance and reconnaissance-tasked MQ-9s provide "valuable force protection data to the US and international partners".

"Contractors and the US military now share control during operations such as the take-off, mission and recovery of the aircraft," the air force says. Images released by the service show the aircraft as being N-registered, and lacking military markings.

Miroslawiec is located around 450km (280 miles) north-west of the Polish capital Warsaw.