A prototype of Piaggio Aero's P.1HH Hammerhead unmanned air vehicle crashed into the sea near Sicily during a test flight on 31 May.

The P180 Avanti II twin-pusher-derived prototype – registration CPX621 – was operating from Vincenzo Florio airport in Trapani, Sicily. It is believed to have lost communication with its ground control station, after which it crashed into the Mare di Levanzo around 4.3nm (8km) north of Isola di Levanzo island.

Italy’s national medium-altitude, long-endurance UAV offering is undergoing flight testing ahead of the planned delivery this year of the first of six examples to the nation's air force. The force signed a contract for the surveillance type in February 2015. 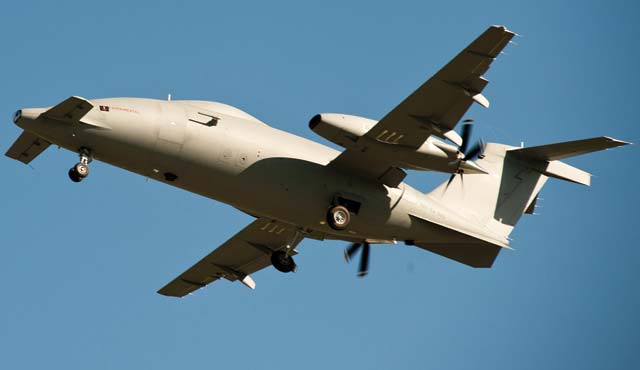 The United Arab Emirates subsequently ordered the Hammerhead, under a €316 million ($347 million) deal between its government and Abu Dhabi Autonomous Systems Investments in March.

Piaggio has yet to comment about the mishap and a task force is understood to have been deployed to assess the situation in Sicily.