Confirming its selection to meet a corps-level UAV upgrade project requirement, IAI on 17 December distributed a DAPA quote as stating: “We comprehensively evaluated price, capability, operational suitability, terms and conditions, and selected the equipment that has a higher score.”

Seoul intends to employ its UAS as another means of maintaining surveillance of North Korea, with some of its air vehicles also to be capable of conducting maritime patrol tasks. 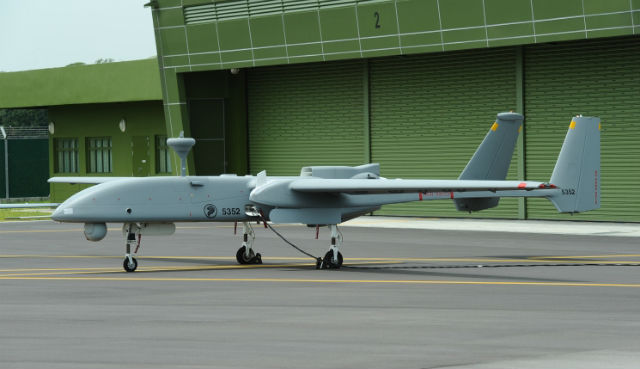 IAI's latest orders success follows its receipt of a follow-on contract for the Heron 1 (Singaporean-operated example pictured) from India in early 2014, which will boost that nation's inventory to 35 air vehicles. The company also unveiled a Super Heron development at the Singapore air show in February, and has advanced plans to equip the medium-altitude, long-endurance type with a heavy fuel engine.

Seoul also has confirmed its intention to acquire four of Northrop Grumman's high-altitude, long-endurance RQ-4B Global Hawks in a Block 30 configuration, under a contract worth over $657 million.