The Swiss parliament on 7 September voted in favour of an armed forces plan to buy six Elbit Systems Hermes 900 unmanned air vehicles, in a deal valued at $256 million.

Last year, the Hermes 900 was selected by the Swiss armed forces, but the signing of a contract was delayed until the receipt of political approval. A deal should now be signed within the next few weeks.

The Hermes 900 UAVs to be supplied to Switzerland will be in an upgraded version that will improve performance in some parameters. One of the enhancements is the provision of a heavy fuel engine, which will enable the aircraft to achieve a higher rate of climb after take-off – a key requirement because of the country's mountainous terrain.

Selection of the Elbit type for the Swiss UAS 15 programme followed a competition also involving Israel Aerospace Industries' Heron 1. The Hermes 900s will replace the nation's current ADS 95 Ranger system, which was a result of cooperation between IAI and RUAG.

Meanwhile, Elbit on 6 September announced its receipt of a contract worth around $78 million to supply an undisclosed European country with equipment including its advanced multi-sensor payload system, for installation on the Hermes 900. This acquisition is not linked to the Swiss programme, according to Israeli sources. 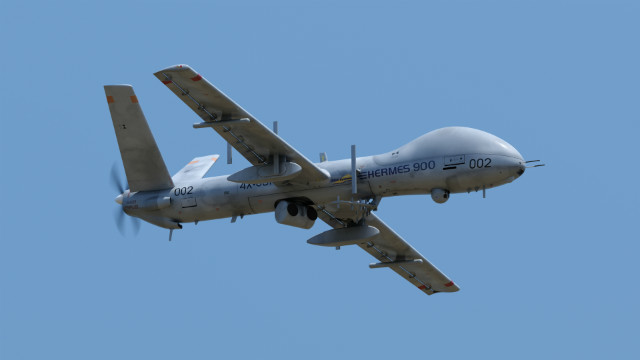 Work will be performed by Elbit's recently-established ISTAR division over a two-year period, the company says. The package of equipment will support intelligence-gathering requirements by day and night, it adds.