Disclosing the deal at the Dubai air show, Air Astana’s chief planning officer Alma Aliguzhinova said that the Max 8 was the variant chosen, and that the aircraft would enter service with FlyArystan in late 2021. She envisions that 15 of the aircraft would be leased and 15 purchased.

The deal is subject to internal and regulatory approvals, adds Aliguzhinova.

Declaring her “confidence in Boeing’s professionalism”, she says she expects the airframer to “overcome” its “interim technical difficulties”. The airframer has been working to secure regulatory approval for the return to service of the Max, which has been grounded since March after two fatal accidents. 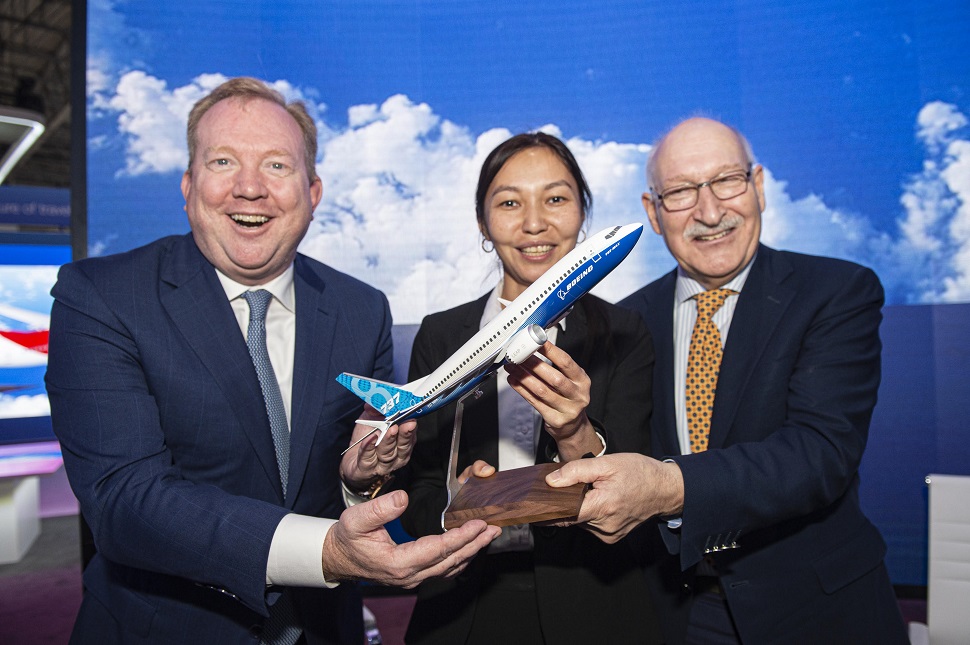 Aliguzhinova also highlights the roughly 18-month gap between the Max’s planned return to service and the beginning of deliveries to FlyArystan.

The aircraft is to serve as the “flagship” of FlyArystan’s fleet. The budget operator, which launched on 1 May, has been “hugely successful so far”, says Aliguzhinova, citing 94% load factors.

The flag carrier itself meanwhile operates a mix of Airbus, Boeing and Embraer jets. It has 33 jets in service: 16 Airbus narrowbodies, including three A320neos and five A321neos; four 757s; three 767s; and 10 E190s.

Aliguzhinova notes that the nature of Air Astana’s operations and that of its low-cost arm are “so different” that a “proper competition” was required to find the right aircraft for FlyArystan’s mission. The unit is focused on domestic flying, though it will launch an international service to Moscow next month.

She acknowledges that Air Astana has experienced some delays to deliveries of its Airbus aircraft but says this “hasn’t been a real factor” in the decision to go with the Max.

The airframer has also secured a new firm order for 20 Max jets – 10 Max 7s and 10 Max 19s – from another customer, says a person familiar with the matter. The identity of the customer will be revealed when it makes an announcement at an event in its home market.