Germany's defence ministry on 21 June took delivery of a converted Airbus ACJ319 to operate international arms control observation flights under the Treaty on Open Skies between NATO and nations of the former Warsaw Pact.

Lufthansa Technik adapted the former business jet over a 26-month period at its Hamburg base, which included installation of more than 150 modifications and a full overhaul, the MRO provider says.

Among the installations are sets of digital infrared sensors and optical cameras – optimised for three altitudes – and radar equipment.

LHT says it replaced a 7m (23ft) outer skin section on the fuselage's upper side, while glass openings were fitted in the lower part of the fuselage for the infrared and optical cameras. 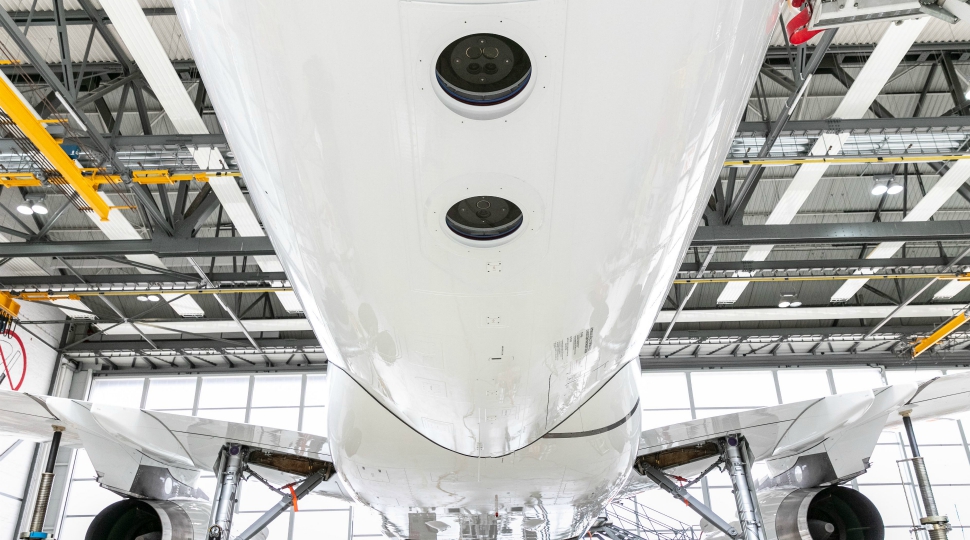 Inside the aircraft, four operating stations were installed for the observation team, and a further 16 seats to accommodate representatives of overflown countries and partner nations.

Hatches and access doors are placed throughout the cabin to ensure that "all systems" can be inspected "at any time and without great effort", LHT says.

More than 12 partners were involved in the modification, which required three separate supplemental type certificates.

Germany previously did not have such an observation aircraft and had to hire partner nations' equipment in the period since Berlin began conducting Open Skies flights in 1997.

The modified ACJ319 will need both civil and military aviation approvals, as well as accreditation from all of the treaty's member states before it can operate observation flights over foreign territory.

Other countries will be able to hire the aircraft – which can also be deployed for medical and passenger transport flights – LHT says. 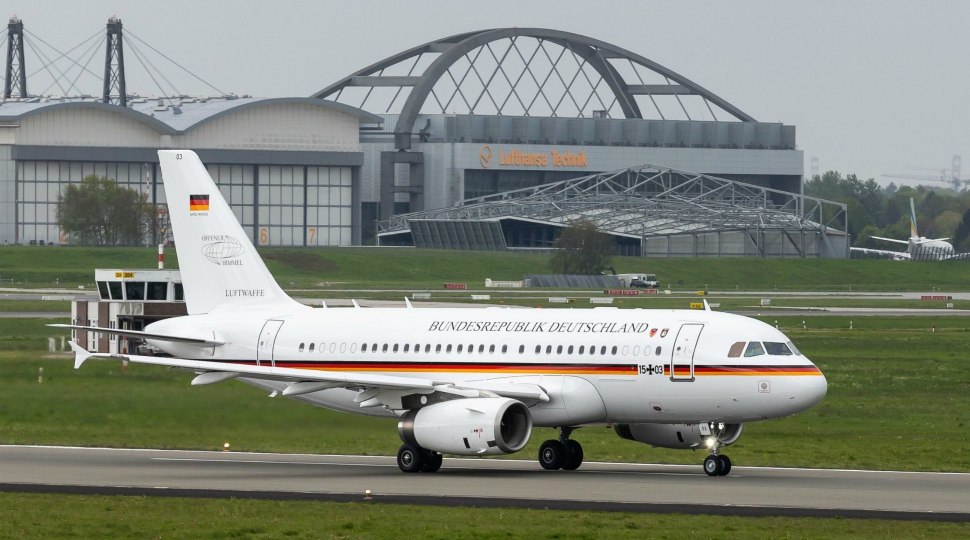 The Open Skies treaty was signed in 1993 by members of NATO and the then Warsaw Pact in order to enable nations to fly over each other's territories and capture photos, radar and infrared images.

Niels Annen, minister of state at Germany's Federal Foreign Office, states that the treaty represents an "indispensable pillar of arms control in the OSCE [Organization for Security and Co-operation in Europe] area".

He acknowledges "some difficulties", but says Germany committed to ensure that the treaty is "fully implemented by all parties" in order to "create transparency and trust" between member nations.

"The treaty… shows that co-operation between Russia and the USA is still possible, even when it comes to sensitive security issues," Annen says – adding: "We want to strengthen the Treaty on Open Skies."