DHL Express has taken delivery of the first Airbus A330 to be converted from passenger to freighter configuration.

The A330-300 completed flight tests in October and the European Aviation Safety Agency granted a supplemental type certificate for the conversion programme in late November, confirms German modification and maintenance centre Elbe Flugzeugwerke.

DHL Express senior-vice president of global air fleet management Geoff Kehr states that the Pratt & Whitney PW4168-powered twinjet will be deployed on the express carrier's Asia-Pacific network in order to bring "added capacity and increased efficiency to a market where we are seeing dynamic express volume growth".

The second aircraft is to be delivered in "early 2018", says ST Aerospace president Lim Serh Ghee. He describes the handover to DHL as a "good start to the conversion programme". 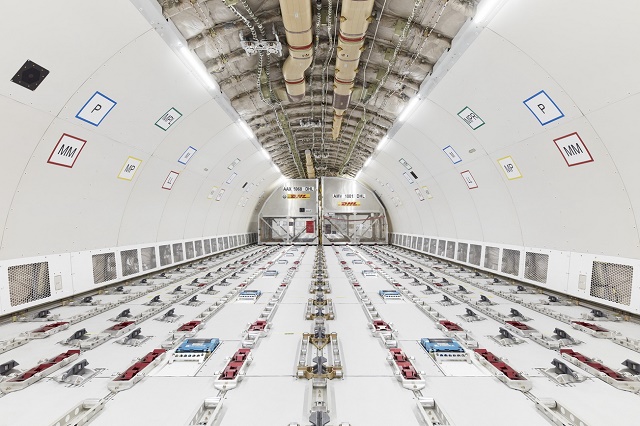