Lufthansa Technik has extended the lease on its maintenance facilities at Berlin Schonefeld airport until the end of 2022.

The contract with Berlin airports operator FBB for the site, which is located close to the German capital's long-delayed new Brandenburg gateway, had been due to expire in March 2021. The new airport is scheduled to open in October 2020.

LHT's facility is located in an area earmarked for the planned expansion of Brandenburg's north pier in the 2022-2025 timeframe.

Soren Stark, LHT's chief executive technical operations, logistics and IT, states that the lease extension has given the MRO provider "valuable time to plan the future of our maintenance activities in Berlin and, at the same time, develop job perspectives for employees in the pipe-repair shop".

That shop, specialised in the repair of engine pipes and tubes, will close when the Schonefeld facility is vacated.

LHT is evaluating options for its footprint in Berlin after the new airport opens. 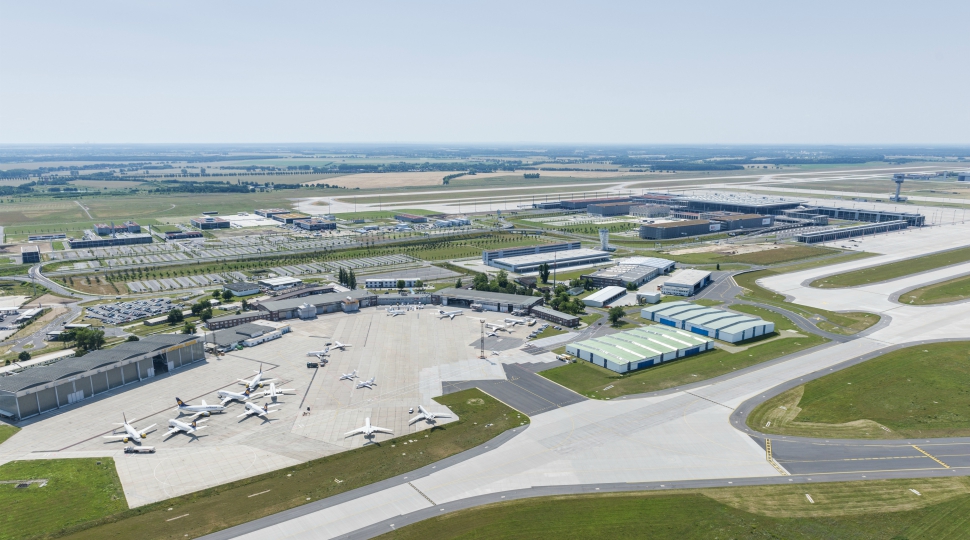 Aside from the Schonefeld facility, originally built to service the aircraft of former East German flag carrier Interflug, LHT operates a hangar at the city's Tegel airport and a new hangar at Brandenburg.

Under the Berlin government's plans, Tegel will close once Brandenburg airport becomes operational.

However, there have been repeated calls to re-examine that strategy, and Berlin citizens voted in a nonbinding 2017 referendum to keep Tegel operational.

Business-jet support provider Lufthansa Bombardier Aviation Services, a joint venture between LHT and the Canadian airframer, uses part of another hangar at Brandenburg airport. That hangar was previously occupied by defunct carriers Air Berlin and Germania.