One of the hangars is located in Birmingham and the other two in Luton.

The Birmingham facility – on which the available leasehold has 70 years remaining – is described by Avison Young as a "high-specification aircraft hangar in a strategic MRO location".

Purpose-built for MAEL, the hangar was opened in 2013 and can accommodate two Boeing 777s or 10 single-aisles.

It includes an aircraft apron and an attached, two-storey building with offices, storage and staff facilities.

MAEL's former headquarters in Luton is separately advertised, and consists of two aircraft hangars – on which the leaseholds have 65 and 74 years remaining, respectively – plus a third, smaller building previously used as a storage facility.

The two hangars were constructed during the 1980s and '90s, and can each accommodate a 767 or two single-aisles. 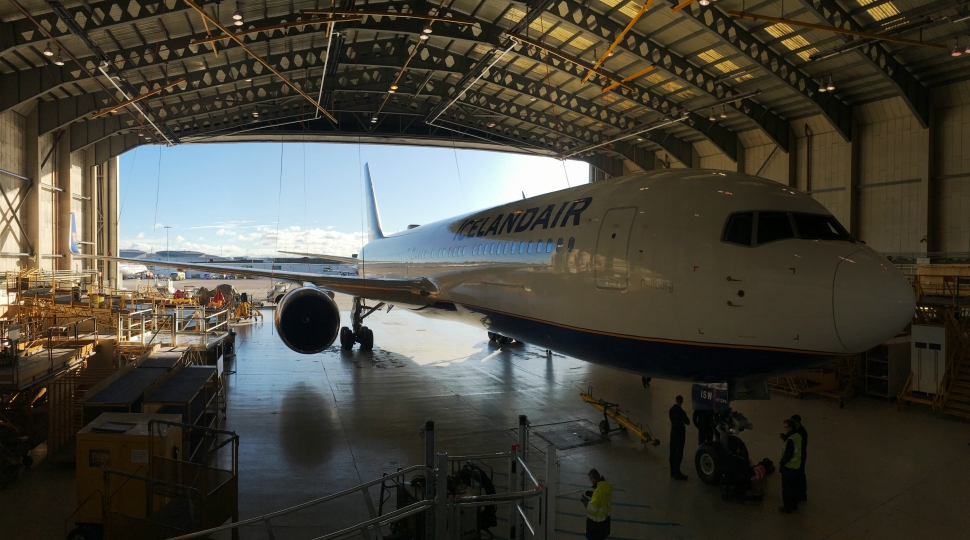 One of MAEL's two hangars in Luton

"We expect strong national and international interest in the portfolio as a whole and its constituent parts," says the real-estate company.

MAEL entered administration in January and appointed KPMG – which oversaw the insolvency of the MRO provider's former parent Monarch Airlines in 2017 – to handle the proceedings.

More than 400 of MAEL's then approximately 580 employees were immediately made redundant.

KPMG said at the time that it had been unable to find buyers for MAEL's other operations.