Researchers at Edwards Air Force Base in California have sprayed Boeing C-17 Globemaster engines with volcanic ash to trial new health monitoring and diagnosis technologies that could improve aircraft safety and fault detection.

The team is using four primary sensors to gather data and measure engine changes during the volcanic ash ingestion. These sensors include a vibration sensor on the engine inlet that was originally designed for the space shuttle's main engine; a thin-film fibre optic temperature sensor in the compressor section; a microwave sensor to measure the clearance between the blade tip and the wall of the turbine; and an emissions sensor on the exhaust. 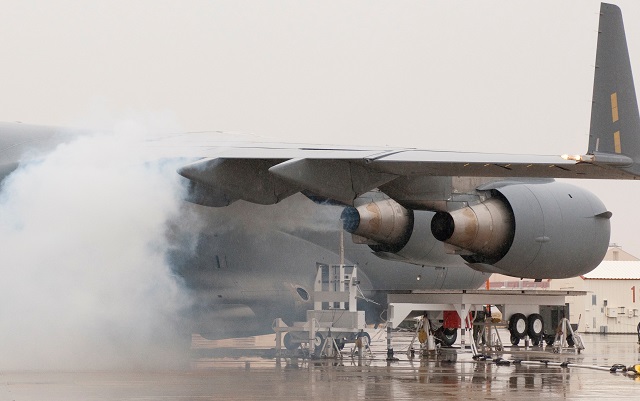 Volcanic ash being sprayed into one of the C-17's F117 engines during the final phase of the Vehicle Integrated Propulsion Research (VIPR) project on 9 July at Edwards Air Force Base.

John Lekki, NASA Glenn Research Center’s VIPR principle investigator, says the sensors allow the programme team to monitor how the ash is affecting the engine in real time and help develop diagnostic systems to aid civil and military aircraft in volcanic ash encounters, and to develop prognosis tools to predict how certain levels of debris will impact performance.

The air force says there are approximately 1,500 active volcanoes around the globe and in the past 15 years more than 80 commercial aircraft have encountered volcanic ash unexpectedly, with seven of those incidents causing a loss of engine power that might have caused a fatal crash.

AFRL's VIPR principal investigator Jack Hoyning says the team is using "Mazama ash" which is mined from an old, dry riverbed in the state of Oregon. He says the trials will examine a light level of ash injection that is not visible, and a visible, medium-density plume.

“This ash is very abrasive, highly angular,” Hoyning says. “This test will definitely help us take the next step in understanding if we can fly close to these plumes.”

The primary objectives are to introduce new sensors that will improve flight safety and reduce maintenance costs through the detection potential faults, and to evaluate the latest engine diagnostics technologies. The major industry partners are Boeing, Pratt & Whitney, General Electric and Rolls-Royce. 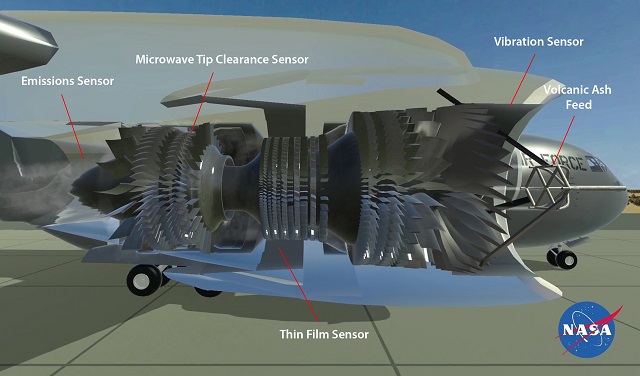 Sensors were fitted to various points on the F117 engine to collect data during the volcanic ash trial. 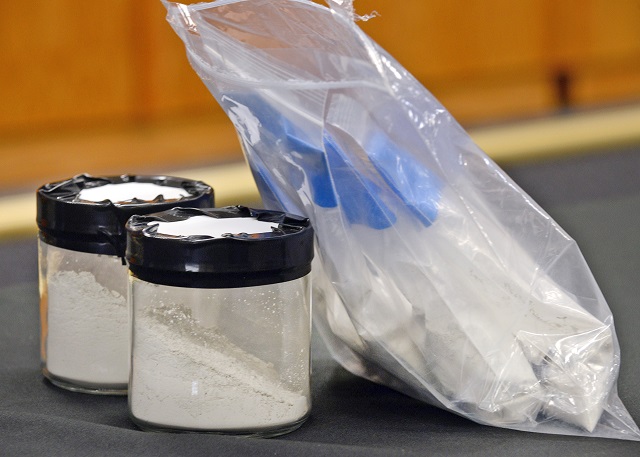 This volcanic ash was sprayed into C-17 engines during the final phase of the Vehicle Integrated Propulsion Research project 9 July.