The carrier, which previously announced plans to launch flights from Paine Field but had not yet disclosed destinations, will serve those eight cities with 13 daily departures, it says. 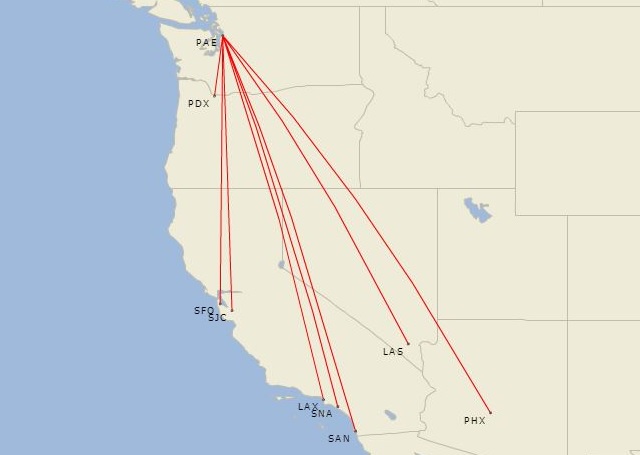 The Seattle-based airline, a division of Alaska Air Group, will announce frequencies and schedules to each city later this year, it adds.

Paine Field, located about 39km (24 miles) north of Seattle, currently has no scheduled commercial passenger airline service, but both Alaska and United Airlines in 2017 announced plans to begin flights from the airport in 2018.

United Airlines will serve Paine Field with six daily flights to San Francisco and Denver, United has said. The carrier said in a newsletter that the flights would launch in August 2018, FlightGlobal reported last year.