American Airlines will launch service on 18 more new routes in 2019, with most of them seasonal flights that will operate in the summer.

The Oneworld carrier will add a new destination, Kalispell (Montana), serving it seasonally from Dallas/Fort Worth, Chicago O'Hare and Los Angeles.

Separately, American will add a second daily flight from Dallas/Fort Worth to Madrid and Paris Charles de Gaulle, operating from 6 June to 27 October. 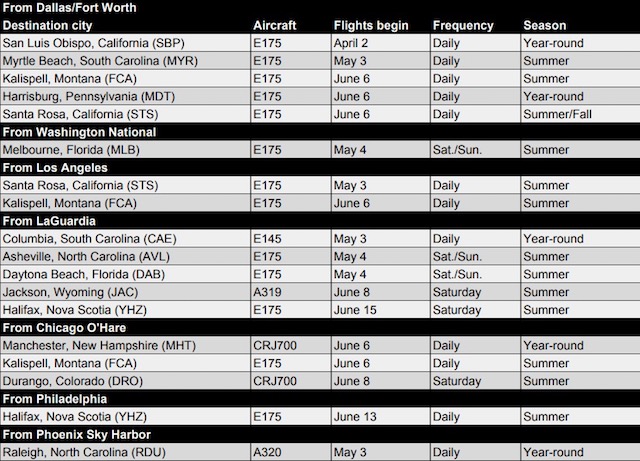 The airline's hub at Dallas/Fort Worth will grow to 900 flights daily in the summer with the opening of 15 new gates at the airport's Terminal E, notes American.

It will face competition on some of its new year-round routes. On LaGuardia-Columbia, it will compete against Delta Air Lines, FlightGlobal schedules data show. Southwest Airlines flies between Chicago Midway and Manchester, and between Phoenix Sky Harbor and Raleigh-Durham.

American has said it plans to grow at the rate of US economic growth in 2019, or at about 2.5% according to current forecasts.