British Airways is temporarily suspending all mainland Chinese services in the wake of government advice to avoid all but essential travel to the area.

“We have suspended all flights to and from mainland China with immediate effect following advice from the Foreign Office against all but essential travel,” the airline says.

After disclosing the initial decision, the airline subsequently clarified that the suspension will remain in place until 31 January while it assesses the situation.

“We apologise to customers for the inconvenience, but the safety of our customers and crew is always our priority,” it adds. Hong Kong services are unaffected. 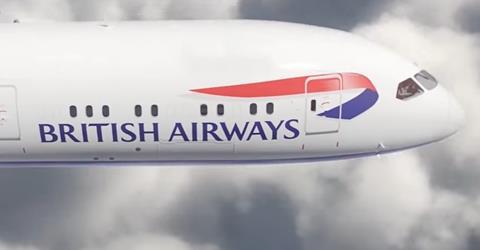 BA operates aircraft types including the Boeing 787-9 to China

The UK’s Foreign and Commonwealth Office had already recommended not to travel to Hubei province as a result of the coronavirus outbreak.

But it has extended this warning to the rest of mainland China, excluding the areas of Hong Kong and Macao.

“The Chinese government continue to impose further restrictions on movement within China in response to the coronavirus outbreak,” says the office.

“It may become harder over the coming weeks for those who wish to leave China to do so.”

Oneworld alliance carrier BA had stated that it was “urgently assessing” the situation in China in response to the government’s advice.