Delta Air Lines intends in October to begin flying for the first time between Auckland and Los Angeles, becoming the only US carrier connecting the two cities.

The Atlanta-based airline on 20 January disclosed the new route and several other additions to its international network. 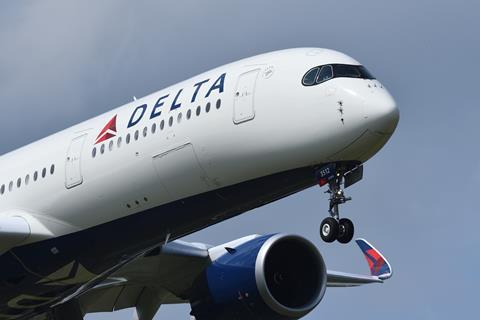 Though no other US airlines operate between the cities, Air New Zealand currently flies once or twice daily on the route, Cirium data shows.

Also on 20 January, Delta says it will begin flying from Atlanta to Nice in southern France. In May, it will begin operating daily flights between the USA and Tel Aviv and add a third daily flight between New York and Paris.

The expansion comes as Delta works to restore an international network battered by the Covid-19 pandemic. The airline’s capacity (in available seat miles) to Europe and Asia this summer will be about 3% less than in summer 2019, according to Cirium.