DOT grants rights to US carriers for non-Havana flights

US transport authorities have approved the requests of six US airlines to launch scheduled service to cities in Cuba other than Havana later this year.

It deferred a decision on an application by Eastern Airlines, due to the carrier's current status as a charter carrier.

A DOT decision on applications for service to Havana - which exceeded the number of available frequencies - remains pending and will be announced later this summer, says the agency. 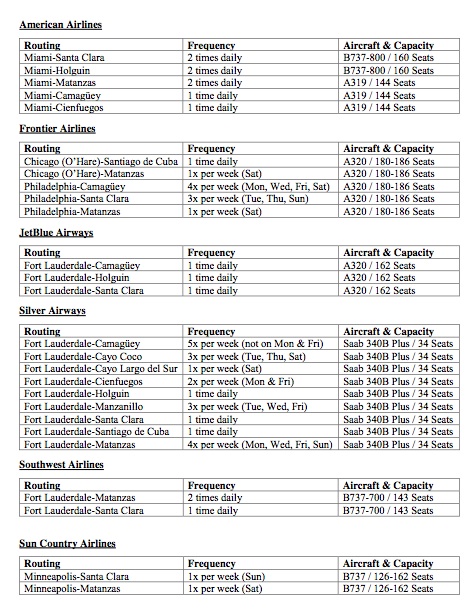 Aside from the DOT deferring its decision on Eastern's application, the order issued today effectively grants all of the non-Havana requests from carriers.

Eastern has also applied to serve Havana, but the airline has not completed the licensing steps required to begin scheduled flights. "Since Eastern’s eligibility to provide scheduled services is at issue in the larger Havana comparative selection proceeding, this order defers action on Eastern’s request until a decision is reached in the Havana context," says the DOT.

Frequencies are still available for non-Havana service after today's order. US carriers can apply to the DOT at any time for these remaining frequencies, it says.

Travel by US citizens to Cuba for tourism purposes remains prohibited. Instead, US citizens can travel to Cuba under 12 broad categories designated by the US Treasury.