Guangzhou in China and Iranian capital Tehran are among four more destinations that will rejoin Emirates’ network this summer, bringing the total number served by the Middle Eastern carrier in August to 62.

The Tehran route will resume on 17 July and the Guangzhou one on 25 July. Emirates is to begin serving Ethiopian capital Addis Ababa again on 1 August, followed by Norway’s capital Oslo from 4 August. 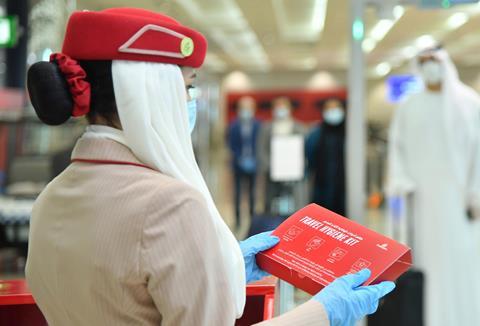 All of the flights will be operated with Boeing 777-300ER aircraft.

Emirates began returning its Airbus A380s to service on 16 July, with initial services to London and Paris. The Dubai-based airline had been forced to ground its entire fleet of A380s in March because of the Covid-19 pandemic.

Talk of sweeping job cuts ensued, with Emirates Airline president Tim Clark telling the BBC earlier this month that it would cut up to 15% of its 60,000-strong workforce.

The carrier tells Cirium it is “not disclosing redundancy numbers at this time, nor the breakdown”.