La Compagnie to show off A321neo at Paris air show

La Compagnie is formally putting its initial aircraft (F-HBUZ) into service on the route between Paris Orly and Newark on 6 June.

It carried out round-trip test flights on the route to qualify pilots on 31 May and 1 June, the airline says.

The CFM International Leap-1A-powered aircraft, leased from GECAS, has been configured with 76 lie-flat seats.

Airbus says that La Compagnie – which has ordered two of the type – is to show off the aircraft at the Paris air show on 18 June, where it will be stationed on static display. 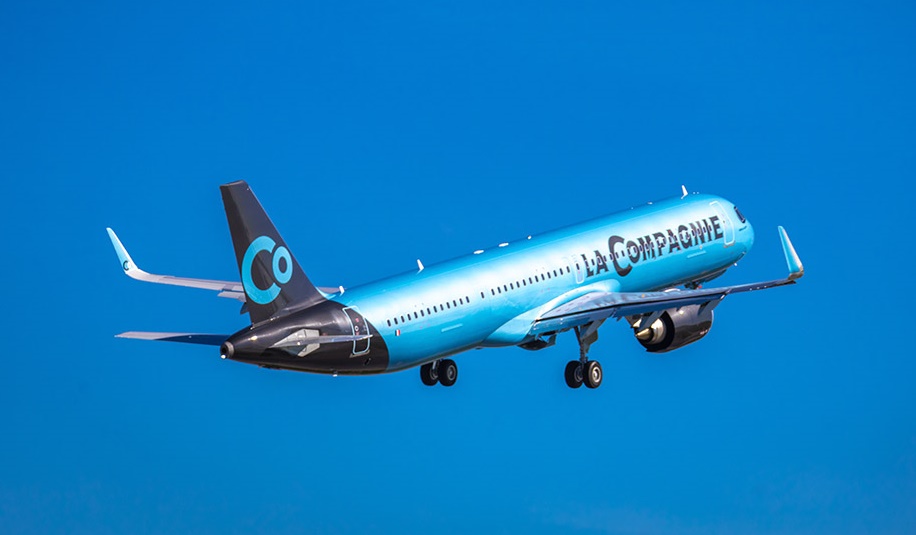 La Compagnie is one of a number of operators to start using A321neos on transatlantic services.

Canada's Air Transat has put its own A321LR (C-GOIE) – a Pratt & Whitney PW1100G-powered twinjet – on the oceanic routes, following recent delivery, and TAP Portugal has also embarked on New York operations with the type.

TAP received the Leap-powered aircraft (CS-TXA) on 4 April. It commenced transatlantic services with it on 1 June, flying from the city of Porto to Newark – a great-circle distance of 2,900nm.

The aircraft is configured with 171 seats in three classes including 16 lie-flat seats in the business cabin.

TAP had previously been using A330-200s on the route. The airline says the aircraft, which had been serving European routes, was approved to operate on sectors to New York and Tel Aviv from 22 May.

Chief executive Antonoaldo Neves had stated, during the A321LR delivery, that it would "fit in seamlessly" with the airline's A330neo operation.

Airbus has been promoting the combination of the A321LR and the A330neo – for which TAP was the first recipient – as a countermeasure to Boeing's proposed New Mid-market Airplane.