Moscow Domodedovo was Europe’s busiest airport for passenger numbers during June, a month in which the impact of the global pandemic was further illustrated by London Heathrow falling outside the top 10 biggest hubs.

Figures released by ACI Europe for June show Moscow Domodedovo airport handled 716,800 passengers for the month - down 73% on the same month in 2019. Another Moscow airport, Sheremetyevo, was the third busiest European airport in June with 622,800 passengers. That marked an 87% reduction on June 2019. 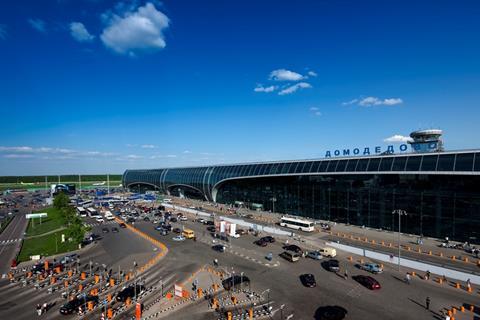 Neither Russian airport featured among the five biggest European airports in 2019.

Heathrow, the biggest European airport last year, ranked as only the 11th busiest in June 2020 in handling 350,000 passengers. That compares with over 7 million passengers for the same month in 2019.

The sharp fall in volumes at Heathrow was evident elsewhere among UK airports where travel restrictions remained in place in June. Notably London Gatwick, the 10th biggest airport in June 2019, slipped to the 92nd busiest in June 2020. That also reflected British Airways and Virgin Atlantic moves to focus their operations at Heathrow during the crisis.

The relatively strong performance of the two Moscow airports during June in part illustrates the importance of the large Russian domestic market as these services were less heavily curtailed during the crisis.

ACI Europe notes domestic traffic among non-EU airports was down 51% in the first half. That compares with a total fall across European airports of 64% during the first six months on 2020. That includes a 96% drop between April and June when travel restrictions were widely in place across Europe.

Freight traffic was less heavily hit by the crisis, especially as carriers began redeploying passenger aircraft on cargo missions. But freight volumes were still down 16% overall across European airports during the first half.

ACI Europe director general Olivier Jankovec says: ”The recovery is far too slow-paced and uncertain. Despite desperate efforts to trim down their costs Europe’s airports are burning cash at the height of the summer. Revenues are weak because of the combination of low volumes with rebates and incentives to airlines to attract and incentivise air traffic.

”Considering the seasonality of demand, this does not bode well for the coming months. If the recovery does not accelerate significantly, many airports will simply run out of money.”

ACI Europe notes that the traffic recovery which began after the easing in mid-June of travel restrictions within the EU, has been slower than expected.

As a result the trade body says passenger traffic across European airports was still 78% down in July compared to the same month last year.

”Over the past two weeks the pace of the recovery has further slowed down. This is due to several states re-imposing travel restrictions, in particular the abrupt decision of the UK to require travellers from Spain to quarantine,” it says.

ACI Europe in July said it does not expect passenger traffic to regain 2019 levels until 2024 – a year later than in its previous projection.