Norwegian adds Denver and Seattle to US roster

Norwegian will begin service to Denver and Seattle Tacoma in September, expanding its US network to 13 cities.

The long-haul low-cost carrier will serve both cities from London Gatwick with 344-seat Boeing 787-9 aircraft, it says today.

Norwegian will offer twice-weekly flights to Denver from 16 September, and increase frequency to thrice weekly from 2 November for the peak winter season.

The airline will offer four-times weekly service to Seattle from 17 September.

“We are excited to offer more west coast routes for Americans who are looking for inexpensive access to London, with connections to several destinations across Europe,” says Thomas Ramdahl, chief commercial officer at Norwegian, in a statement.

Norwegian serves Las Vegas, Los Angeles and Oakland, near San Francisco, on the US west coast.

With Denver and Seattle, Norwegian will add five new US destinations to its map in 2017. Hartford, Newburgh Stewart and Providence flights on Boeing 737 Max 8 aircraft begin in June. 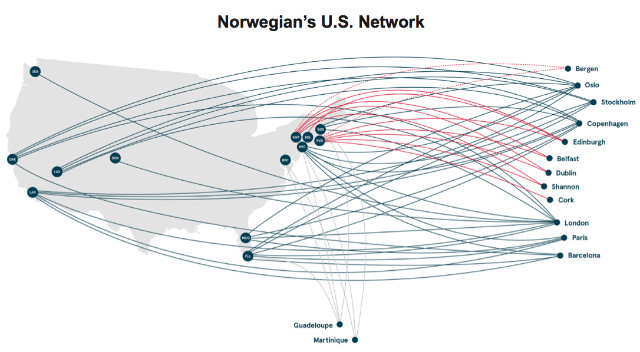 Norwegian will compete with British Airways to both Denver and Seattle from London, FlightGlobal schedules show. The Oneworld Alliance carrier offers service to both cities from London Heathrow airport.