The Boeing 767 operated by IAG's Paris Orly-based brand OpenSkies has completed its final transatlantic service and been withdrawn from service. The retirement marked the end of the OpenSkies brand, from a public-facing perspective.

The 767-300ER was the last remnant of the original Paris-based transatlantic Boeing 757/767 premium operation set up by British Airways in 2008. Withdrawal of the OpenSkies brand is part of the expansion of IAG's low-cost long-haul unit Level. The Orly operation is now run with two Level-branded Airbus A330-200s.

For the final OpenSkies-branded 767-300ER services, the aircraft was operated between Orly and New York Newark on 2 September. After arrival back in Orly, the 28-year-old aircraft (registration: F-HILU) was ferried to St Athan in the UK for storage. 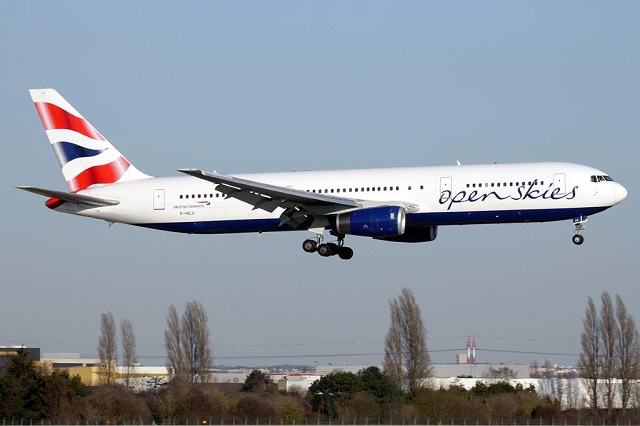 The 189-seat 767 (above) was transferred to OpenSkies from British Airways in 2016, to operate Newark services alongside a fleet of three 114-seat Boeing 757-200s. Flight Fleets Analyzer shows that the final OpenSkies 757 was withdrawn from service on 25 August.

"OpenSkies is the operating carrier for Level France," it says. "Our two A330s based in Orly are crewed by OpenSkies staff – transitioned from one brand to the other and trained to operate on this aircraft type."

Level France adds that – while ultimately the airline might set up its own AOC – "for the moment, and where it makes sense, Level operates under existing IAG brands' AOCs".

Meanwhile, British Airways is close to completing the phase-out of its 767-300ER fleet, after 28 years of operation. Five of the Rolls-Royce RB211-powered aircraft remain in operation, with the entire fleet due to be retired by November this year.