Jetstar Asia has revealed a special decal on one of its Airbus A320s celebrating 10 years of flying to Darwin, as it prepares to increase its frequency on the route later this month.

The decal has been applied to an aircraft registered 9V-JSB, and features a number of motifs related to Australia's Northern Territory. 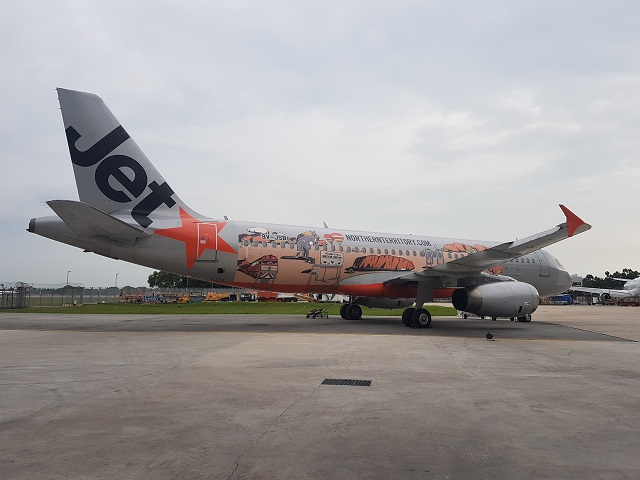 The budget carrier will increase its frequency on its Singapore-Darwin service from four to five times weekly from 28 October. Between 15 December and 1 January, and from 31 January to 17 February, it will increase to daily.

Jetstar Asia chief executive Bara Pasupathi says the increased frequencies are due to increased demand by travellers from Singapore and transfer traffic from across the region.

He adds that load factor on the Singapore-Darwin stands at "around 90%" and is one of the carrier's "better performing routes".

FlightGlobal schedules data shows that Jetstar Asia competes with SilkAir on the route.