SIA will initially fly thrice-weekly on the route, before growing to a daily frequency on 18 October.

The Star Alliance carrier has said that ultra-long-range flights like Singapore-Newark are made possible with the technological development of such aircraft.

The launch of SIA's Singapore-Newark with the A350-900ULR also means that Airbus will take the crown of the world's longest commercial route from the Qatar Airways Doha-Auckland service, which is operated with Boeing 777-200LRs. The Singapore-Newark route is 8,285nm (15,345km), while the Doha-Auckland route is 7,848nm (14,535km). 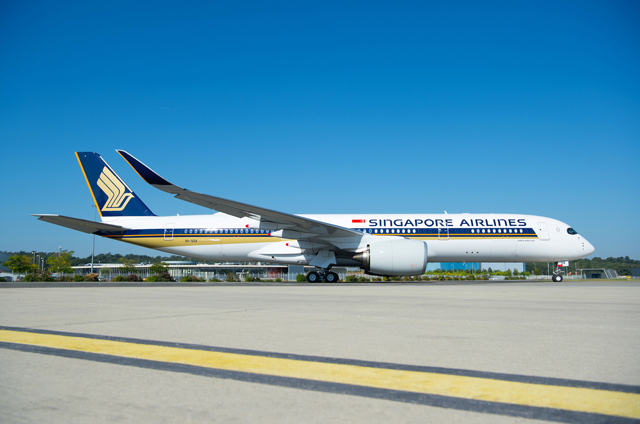 SIA took delivery of its first A350-900ULR (registered 9V-SGC) last month, with another six on order scheduled for delivery by the end of the year. The -900ULR has a modified fuel system, a higher maximum take-off weight at 280t, as well as aerodynamic tweaks to stretch its range. The fuel capacity is raised by 17% to 165,000 litres compared with the baseline -900.

SIA last operated nonstop Singapore-Newark in 2013 with A340-500s, but poor economics forced the carrier to pull out of the route.

The four-engine widebody also featured two classes when SIA began the Singapore-Newark service in 2004 with 181 seats: 64 in business and 117 in “executive economy”. It then switched to an all-business class configuration in 2008.

The carrier will next deploy the A350-900ULR on Singapore-Los Angeles from 2 November, and increase the frequency to San Francisco from daily to 10-times weekly on 28 November with the type.