European airlines are increasing capacity to the Canary islands after the UK and German governments lifted travel warnings for the Spanish archipelago.

Lufthansa’s low-cost arm Eurowings says it will operate a special flight to Tenerife from Dusseldorf on 1 November and from 7 November conduct regular services to Fuerteventura, Gran Canaria, Lanzarote, La Palma and Tenerife from Berlin, Cologne, Dusseldorf, Hamburg and Stuttgart. 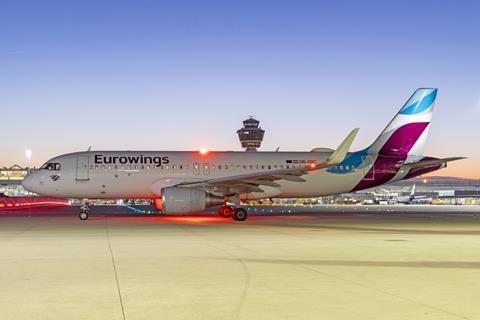 Germany’s foreign office lifted its travel warning for the Canary islands on 22 October, the carrier notes.

On the same day, the UK’s foreign office added the Canary islands to its safe-travel list, alongside the Greek island of Mykonos, the Maldives, and Liechtenstein.

Under a banner “the Canaries are back”, UK carrier Jet2 advertises on its website flights to Fuerteventura, Gran Canaria, Lanzarote, and Tenerife.

Ryanair and Easyjet are also advertising new flights to the islands, which are popular winter holiday destinations.

Eurowings chief executive Jens Bischof describes the lifting of travel warnings for the islands as “a bright spot in difficult times”.