Volaris plans more US flights after decade of transborder service

The airline sees potential to connect existing points in its US and Mexican networks, chief executive Enrique Beltranena tells FlightGlobal. 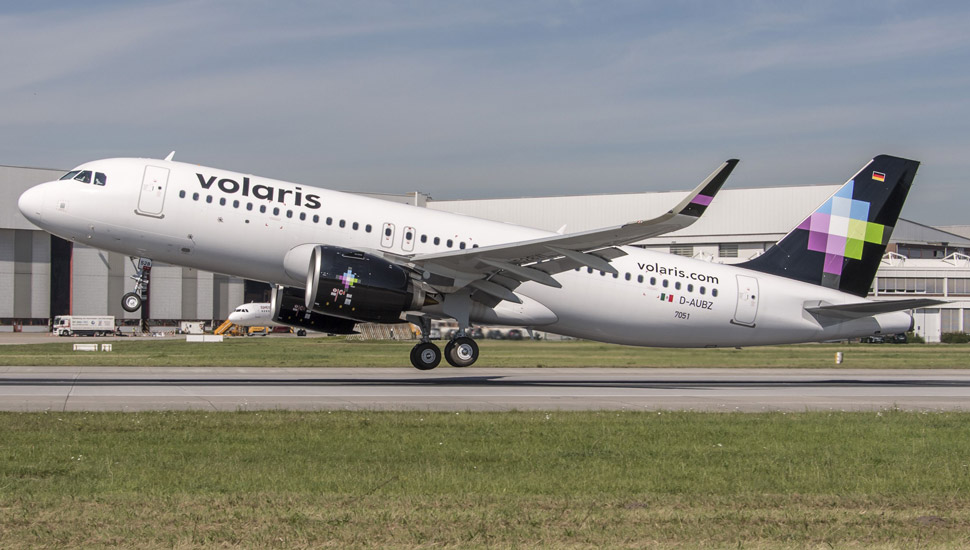 Volaris currently operates to 24 US destinations, offering more than 60 daily flights from cities in Mexico and Central America. "Our plan is to continue the process of linking the points that we are already serving," says Beltranena.

Chicago O'Hare, Phoenix, Portland (Oregon), San Antonio, San Jose (California) and Seattle are among the US cities where the airline plans to grow service, he adds.

While the visiting-friends-and-relatives segment is a key part of Volaris' customer base, Beltranena says additional US service will cater to "a bit of everything". San Antonio, for example, receives leisure traffic from Mexico and companies in Seattle and Portland often attract business traffic, he notes.

Since launching service to the USA a decade ago, Volaris has seen sustained growth in traffic and capacity. Transborder traffic on the airline increased at a compound annual growth rate of 24% from 2009 to 2018, says the airline.

Capacity to the USA will increase about 15% this year on Volaris, Cirium schedules data show.

In addition to US service from Mexico, the airline expects to further grow capacity from Central America as it embarks on the final regulatory processes to begin service from its new affiliate in El Salvador.

Volaris El Salvador received its air operator's certificate last month and will allow the airline to add more nonstop service to the USA in the future. The airline will initially launch with service within Central America in September, says Beltranena.

Launching a Salvadoran affiliate will allow Volaris to offer more point-to-point service, rather than relying on fifth and sixth freedom rights that result in passengers connecting, says Beltranena.

Volaris El Salvador will initially launch with a fleet of two Airbus A320s, although the carrier plans to operate up to three A320neos in the near future. The range of the A320neos will allow the carrier to tackle altitude issues from airports in Central America, notes Beltranena.