The ceremony took place at Kaduna air base, 550 miles (890km) north of Lagos, where the NAF’s flying training wing is based.

Delivery of the first four aircraft comes just six weeks after PAC Kamra signed a deal with the NAF to supply 10 new Super Mushshaks. Eight are being loaned as an interim measure until the new aircraft are delivered.

“The contract includes operational training and technical support by the Pakistan air force,” PAC Kamra chairman AM Arshad Malik tells FlightGlobal. “Needless to say, we are very happy with this deal and hopefully it will help to open up markets elsewhere.”

All of the Super Mushshaks were airfreighted by an Ilyushin Il-76 to Kaduna on 1 December, and reassembled by a PAF technical team at the air base.

A further four examples will follow by the second quarter of 2017, and the plan is to replace them with the new examples in mid-2017. 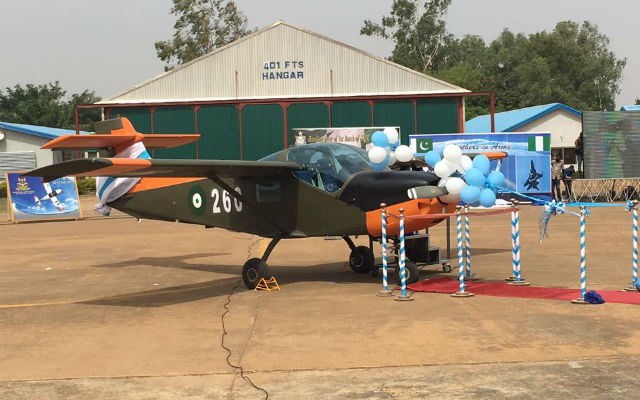 The new aircraft will house a US-designed glass cockpit and an enhanced environmental control system, which has modernised the trainer. Assembly of these aircraft is already under way at the PAC Kamra production plant.

The 260hp (194kW) Super Mushshaks will be based at Kaduna, and are likely to serve the 301 flying training school, which has been flying the aged Dana Air Beetle since 1995.

The past six months have seen a renaissance in the primary trainer’s fortunes, with Qatar ordering eight in May and the Turkish government signing an MoU for 52 on 22 November, in addition to the four in operation with the PAF.