AgustaWestland on 19 September performed the maiden flight of the first of two VIP transport-roled AW101 helicopters for the Nigerian air force from its Yeovil manufacturing facility in Somerset.

Previously allocated to India as part of the nation's now-cancelled order for 12 of the 15t-class rotorcraft, the helicopter will eventually bear the registration NAF280. 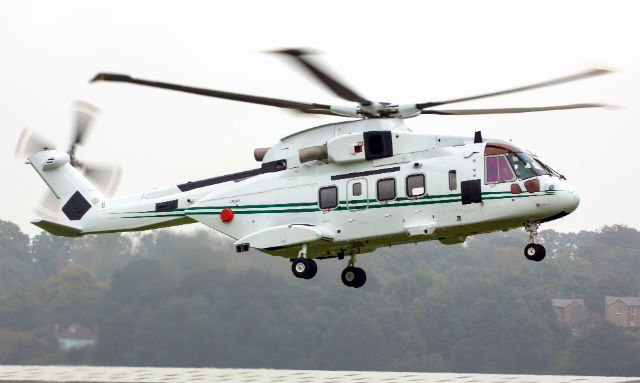 Nigeria has also recently signed a deal with Russian Helicopters covering the acquisition of an unspecified number of Mil Mi-35 attack helicopters and Mi-171 transports. The deal follows the nation's previous introduction of second-hand examples of both Russian-produced types, in the Mi-24 and Mi-8 standards.

Local media reports have not included details on the precise number of new aircraft covered by the contract, but have referred to “a substantial amount”.