The 10 July ceremony at the Honourable Society of the Middle Temple in London was the 15th instalment of the awards, which are organised by FlightGlobal's Flight Airline Business magazine in partnership with executive search firm Spencer Stuart.

O'Leary was recognised for leading a significant – and somewhat against-type – shift in Ryanair's strategy as the airline passed the 100 million passenger milestone. Ryanair's once-vaunted take-it-or-leave-it approach to customer service under O’Leary has increasingly become a thing of the past, while the airline has also begun to co-operate with previously off-limits parts of the industry.

"This new caring, sharing approach from O'Leary has helped Ryanair to deliver impressive results over the past two years," says Max Kingsley-Jones, executive director content at FlightGlobal and host of The Airline Strategy Awards.

"Beyond the huge rise in passenger numbers, Ryanair has increased its load factor to over 90% and doubled net profits to €1.5 billion, making it one of the most successful airlines in the world," he adds.

The Flight Airline Business Award this year recognised Tony Tyler for his leadership of the International Air Transport Association (IATA). Tyler skilfully steadied the ship when he became IATA chief after it stood accused of not looking after the interests of all members, and has steered it to become a more inclusive organisation.

"Over the last five years, Tyler has created a more harmonious environment at IATA, which is now recognised as a much stronger business partner, and enabled some key industry initiatives to be implemented," says ­Kingsley-Jones. "As he prepares to hand over the reins to his successor in September, he can be rightfully proud of what he's achieved." 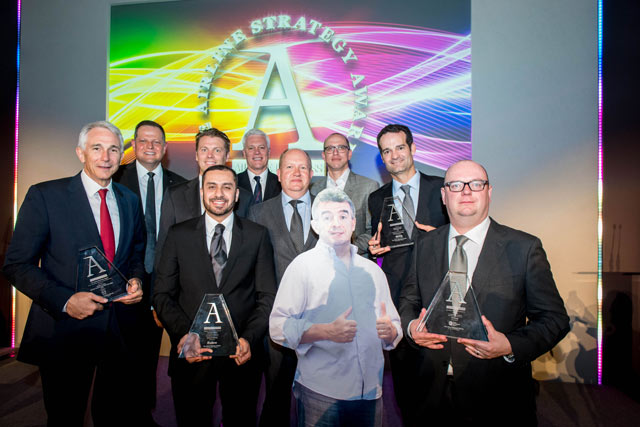 Kingsley-Jones says: "The airline industry's financial performance is shining brightly at the moment, thanks in part to a co-operative oil price. Airline profitability has reached a record high as the industry finally starts delivering returns above the cost of invested capital.

"Dig a little deeper into this good news and certain airlines and individuals quickly emerge as clear leaders of the pack. Every year since 2002, The Airline Strategy Awards have identified those who are raising the bar in boardroom leadership, and this year's winners all excel in this regard."