Boeing’s challenge to address the reputational crisis around Max brand

It started with the Sonic Cruiser.

That radical – arguably bonkers – idea of a widebody-sized aircraft with transonic performance (not to mention Gerry Anderson-inspired looks) captured the world’s imagination. And no coincidence it emerged just as Airbus was trying to get everyone excited about the A380.

Whether Boeing was genuinely convinced the Sonic Cruiser was the future of air travel – or simply a fantastic decoy for having no immediate answer to Airbus’s move onto the 747’s turf – will always be subject to much conjecture.

But the idea, the design and, certaintly, the name proved highly effective at the time.

Not only was the idea of dramatic looks incorporated into Seattle’s next conventional design (albeit watered down between concept and production), but so was a catchy name.

At a glitzy unveiling during the 2003 Paris air show, Boeing bestowed the name “Dreamliner” on the 787, resurrecting a tradition it last used in the 1950s with the 707 “Stratoliner”.

The plan worked. While purists ardently refer to Boeing’s plastic wonderjet by its numeric designation, the wider world enthusiastically adopted the Dreamliner moniker. And when it came to launching a follow-on 737, Seattle stuck with the naming strategy. 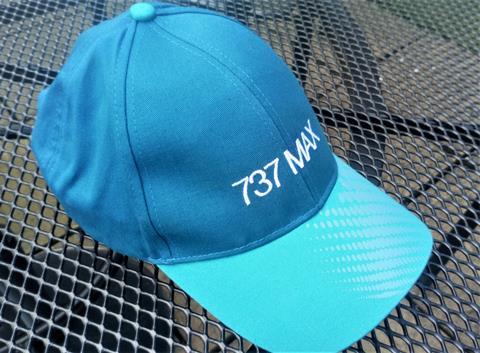 Should the Max name be dropped as part of the 737 brand rebuild?

And it had a fairly easy run at choosing a more catchy designation than Airbus, which had come up with the rather unimaginative “New Engine Option” for the rival A320.

Boeing, which had cornered itself slightly by calling the previous 737 iteration “Next Generation”, had a winner when marketing unveiled the name “MAX” in August 2011.

“We call it the ‘737 MAX’ because it optimises everything we and our customers have learned about designing, building, maintaining and operating the world’s best single-aisle airplane,” said Boeing.

When Airbus sales chief John Leahy delightedly pointed out that “Max” was the third most popular dog’s name, his Boeing oppo Randy Tinseth promptly corrected him that it was actually ranked first. Boeing’s marketing machine launched into action and “Max” quickly became a household name.

Then the two Max tragedies and the ensuing revelations spelt disaster for Boeing.

Some view the Max name as “toxic” and many – including President Donald Trump – have advocated a rebrand. Boeing itself is tending to mix in references in statements about the Max to the more official “737-8” designation it had actually been using occasionally prior to the accidents. But the Max name is still everywhere and if Boeing’s website is anything to go by, it has no clandestine programme to eliminate the brand anytime soon.

While the naming policy at the operator level is of course a customer prerogative, it is hard to see how Boeing could successfully organise a tactical retreat from the branding. Such a move could potentially cause more mistrust and suspicion of an attempted cover-up. What is certain is that Boeing will not be able to “quietly drop” the name.

Better for Boeing to take the approach McDonnell Douglas did back in the late 1970s when facing a similar – albeit less severe – reputational crisis after the DC-10’s grounding. The company’s task was simple: Ensure the DC-10 was the safest aircraft flying, following the scrutiny of the accident investigation. And as with the DC-10, that will be the easier undertaking for Boeing. The bigger challenge is convincing the world it is true. Renaming the jet might only detract from the more-crucial task of restoring trust.