Qatar Airways’ Akbar Al Baker rarely holds back when pointing out suppliers’ shortcomings. Airbus and Boeing have both been publicly chastised when they have fallen short of the uncompromising standards set by the boss of the fast-growing Gulf airline.

Indeed, although he was full of praise for Airbus and the “masterpiece” he collected at Hamburg on 16 September, the saga of the carrier’s first A380 has been rocky. Slated for service two years ago, a series of niggles delayed an expected handover before Farnborough, and Al Baker accused Airbus in July of huffily refusing to take it to the show because it had not been signed over. 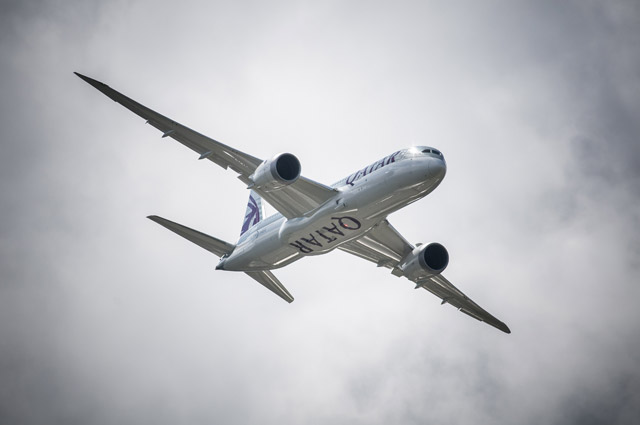 At the Hamburg ceremony, the issue of Qatar’s ­Boeing 787s inevitably came up. Al Baker admits he has “serious issues” with the Dreamliner’s performance – including software, electrical panels and slats.

However, invited to comment on a recently-broadcast undercover investigation into alleged production shortcomings at Boeing’s Charleston plant by Qatari news channel Al Jazeera, Al Baker sprang to the airframer’s defence. “The Dreamliner has not broken our dreams; it is fulfilling our dreams,” he enthused, which must have come as some relief to Seattle.

The programme, on the other hand, had “sensationalised” comments made by “disgruntled employees”, alleging drug-taking by production line workers at the South Carolina assembly line, said Al Baker, adding: “It is dust being kicked up by a group of [trade] unionists who do not like the fact their organisation has established a plant where the union is not recognised.”

Al Jazeera’s journalistic standards are exemplary – its staff take huge risks to report from the most dangerous corners of the world. Its 787 documentary is not its finest moment, but the channel’s reputation means its conclusions will be taken seriously.

That is why Al Baker’s intervention is important, awkward though it might have been to criticise what is effectively a fellow subsidiary of the Qatar ruling family’s global business empire. As he explained, Qatar Airways has its own staff on the Charleston assembly line, not to mention those of the US Federal Aviation Administration and Boeing’s own inspectors.

The idea that Boeing, and their customers, are putting into service aircraft that have been subject to shoddy workmanship is ludicrous. Al Baker may have his differences of opinion with the airframer, but as he ­insists: “We would never put a passenger on a plane that is unsafe.”