ATR has finally secured a US order, 20 years on from its last one. This will be music to the ears of the manufacturer’s executives – not least because it will end constant questions about when the company would be back in the US market.

The Silver Airways commitment for 50 ATR 42-600s – including 20 firm – marks the final chapter of the European turboprop’s turn-around, after it very nearly fell victim to the regional jet fixation that gripped the airline industry through the late 1990s and early 2000s.

That mania, spurred on by Bombardier’s 50-seat CRJ and supplemented by Embraer’s ERJ-145 family, eliminated nearly all ATR’s competitors. The US regionals alone took 1,400 such jets between 1993 and 2006, as these faster, smoother and quieter airliners threatened to relegate the large turboprop to permanent obsolescence. 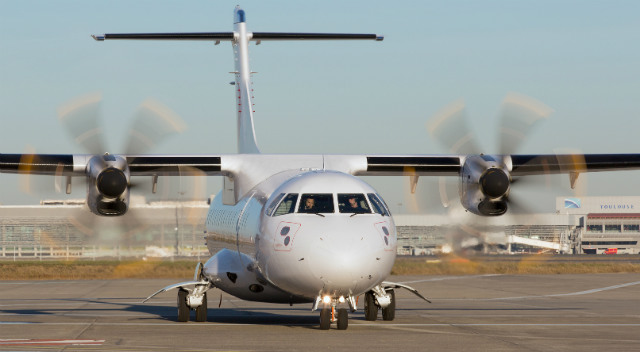 But that era’s turboprops were very different to today’s machines. ATR and Bombardier’s Q Series rode out the storm as production plummeted to barely sustainable levels, emerging with reinvented products designed to compete with jets more effectively.

Helped by the fuel price surge, the unquestionable economics of the turboprop began to win the day, and ATR’s order book swelled to previously unimaginable levels. Frustratingly, the one missing ingredient was a US order. Now it has that, ATR’s next challenge is to make sure the Silver deal is not a flash in the pan.