By 2020, electric-powered flying taxis will be able to pick up passengers from a crowded city centre, then zoom over the traffic at 150mph to a destination across town or perhaps in a leafy, quiet suburb.

That is the vision, anyway, as presented at the Uber Elevate Summit in Dallas, Texas on 25 April. The event brought together an expanding cadre of eager start-up companies, plus established general and commercial aviation manufacturers, focused on developing hybrid-electric or electric-powered vehicles. 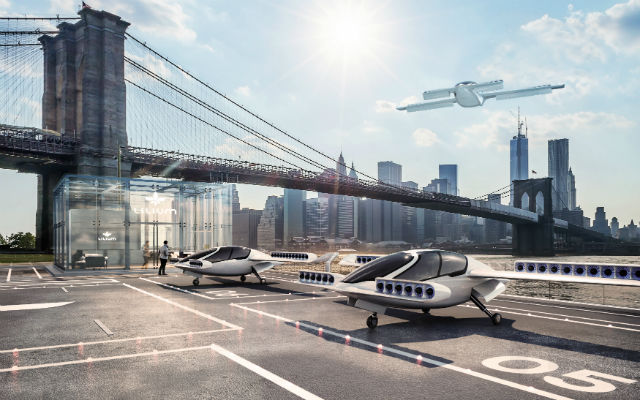 Uber is not the first to dream of the opportunities created by electric-powered flying vehicles. Airbus had been developing the e-Fan series of electric-powered aircraft for several years until its Silicon Valley-based arm launched a new design under Project Vahana.

Nor is Uber the first to become interested in flying passengers over the gridlock of city streets. Helicopters, albeit fuelled by hydrocarbons, have been serving as intra-urban shuttles for half a century, although the cost and complexity usually limit their application as a taxi service to the wealthy.

Uber’s goal appears to be to democratise this service. By selecting electric power, the cost of energy compared with conventional aircraft is reduced. It also prefers tilting-wing configurations over helicopters, which should help to limit noise emissions.

A series of substantial “buts” is inevitable, however. All of this seems like a worthy pursuit, but the 2020 timeline presented by Uber looks unrealistic. It is fine to operate such aircraft in experimental mode, but to fly revenue passengers will require a much higher level of system maturity and reliability.

The electric route promises a more efficient power source, but the energy density of existing battery chemistries is still a fraction of that offered by hydrocarbons. This means the most feasible designs will likely require a hybrid-electric architecture, which erodes benefits such as fuel efficiency and lower noise emissions.

But with major players now eyeing the prospect of offering affordable and viable VTOL taxi systems, the concept could become less like science fiction.