There is no other way to describe it. The second quarter of 2016 marked a modern low-point in the history of the Airbus and Boeing duopoly.

The three-year order boom from 2013 to 2015 padded industry backlogs for years, leaving Airbus and Boeing mainly with the challenge of delivering all of those aircraft in as timely a manner as possible and executing a smooth development cycle for a multitude of new and re-engined aircraft models set to enter production over the next five years.

If the second quarter results are any indication, the pair are still struggling on both fronts – and some of the hardest challenges lie ahead.

Boeing announced pre-tax charges of $1.5 billion, including against the 767-derived KC-46 tanker, and re-classified $1.2 billion of 787 flight-test aircraft costs as research and development expenses. The company also softened investors up for more bad news for widebody programmes, opening the door to a rate freeze on the 787, a rate reduction on the 777 and the cancellation of the 747.

Airbus fared little better: $1.5 billion of charges against the A400M airlifter and A350-900 technical and production breakdowns. It is also still struggling to deliver A320neos. 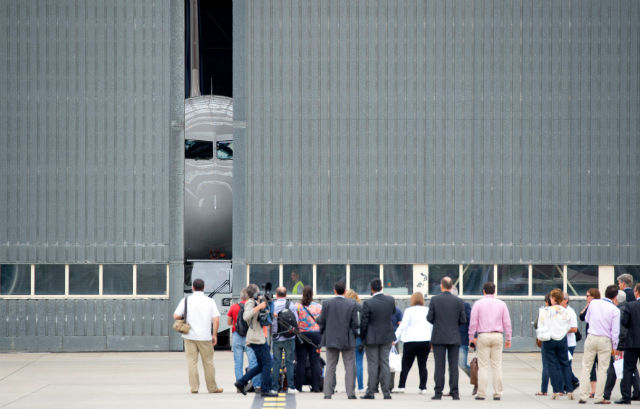 Investors with a short-term view still found reason to feel assured by the quarterly results. Boeing, for example, exceeded expectations on one closely watched metric: free cash flow. Even Boeing’s acknowledgement of widebody distress gave some comfort to wary investors, who worry about unchecked promises of rising production rates despite a struggling market.

The year 2016 was always going to be particularly difficult for Airbus and Boeing. It is a pivotal period in the industry’s five-year transition to an all-new fleet of narrowbodies and widebodies, with the A320neo entering service, A350-900 output ramping up and the 737 Max entering the production system. Meanwhile, major development work continues on the 787 and 777X families.

At the same time, Airbus and Boeing are still coping with the consequences of decisions made years ago on programmes such as the A380, 747 and 787. The supply chain may not be over-extended yet, but the most visible cracks in the system are spreading.

Several new models enter production in the next three years, so there is still time to recover on execution and production rates. But the early results of the transition do not inspire much confidence.