Lockheed Martin’s proposed $9 billion acquisition of helicopter manufacturer Sikorsky is not as transformative as it might initially appear.

And that view applies equally to the wider rotorcraft landscape as to the companies involved.

But to start with Sikorsky, the deal is undoubtedly good news. Under the ownership of United Technologies (UTC) it seemed lost: not adrift exactly, but without a clear sense of direction.

It was very much the junior party in revenue terms, dwarfed even by UTC’s elevators and climate control businesses.

So, being part of a larger defence prime makes broad strategic sense. Lockheed believes Sikorsky can benefit from its programme execution experience (although some will point to the F-35 as evidence to the contrary) and its ability to sell government customers an expanded range of weapons systems.

It also addresses Sikorsky’s weakness on the international sales front, while simultaneously dealing with Lockheed’s failings in terms of aftermarket sales and strategy. Oh, and it adds $6.5 billion in revenue.

The picture is less clear-cut on the commercial side, however. Thanks to its ability to be used as either a civil or military platform – and its position as one half of a duopoly in the offshore transportation industry – the S-92 should enjoy a strong future under its new owner. It may need a refresh – a B model in Sikorsky parlance – but that is likely to be money well spent.

The same cannot be said of the S-76D. Sales have been poor. Whether Lockheed will persist in a market where it faces competition from all sides remains to be seen.

For Europe’s big two rotorcraft manufacturers, the picture, particularly in relation to the US defence market, has also not altered markedly.

Washington has shown willingness to write its requirements in such a way as to favour its national champions. The tie-up is unlikely to change that instinct.

But while the acquisition helps to secure Sikorsky’s future, it does nothing to address the basic issue that there are too many helicopter producers.

In fact, there are three major firms – Bell, Boeing and Sikorsky – in the USA alone. And with Department of Defense spending on a downward trajectory, that seems like one too many.

Therefore, if Sikorsky has secured its future, the question must be: who has not? 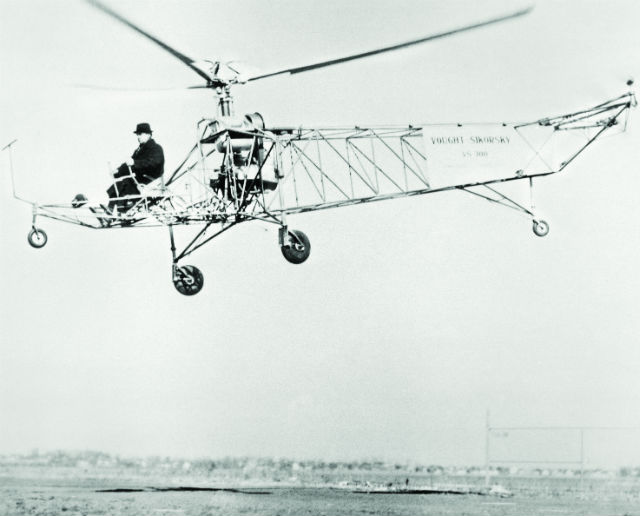