OPINION: How to keep a Cold War veteran flying

According to an old tale, a fighter pilot who had been instructed to hold off from landing while a B-52 bomber made an approach with a defective TF33 quipped to air traffic controllers: “Oh no – the dreaded seven-engine approach”. On 4 January, this perhaps apocryphal story became reality, when the crew of an aged bomber returned to their North Dakota base minus an engine, which had disintegrated in flight. 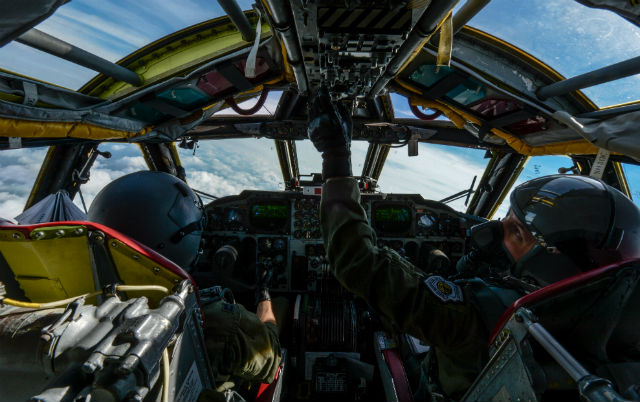 While entertaining for its parallel with a classic tale of yore, the mishap highlights an increasingly pressing question for the US Air Force: whether to soldier on with the B-52’s outdated powerplants, or advance with a long-considered upgrade effort. Replacing the type’s classic Pratt & Whitney turbofans would be a costly act as the strategic bomber fleet powers towards its end and replacement by the Northrop Grumman B-21, but could generate sufficient cost savings to merit doing so.

Outgoing air force secretary Deborah Lee James was quick to play down any suggestion of a fleet-wide issue, and defended the B-52’s safety and readiness as “excellent”. A re-engining decision will shift to the Trump administration, which has bigger-ticket budget items to scrutinise, such as the B-21, Boeing’s KC-46A tanker, Lockheed Martin’s F-35 and the T-X trainer.

Ultimately, sticking with and enhancing the TF33 might be the most viable option, but this is a Cold War veteran whose support needs cannot be ignored.