Airline traffic will need to keep growing aggressively to the end of the decade to absorb production rates of 60 narrowbodies a month by each of the big two manufacturers.

That is the conclusion of a detailed market analysis conducted by Flightglobal's Ascend consultancy, which has published the findings in a new white paper.

Both Airbus and Boeing have plans to increase their single-aisle output to meet rising demand, with Toulouse committed to rate 50 by early 2017 – and possibly rate 60 a year later – and Seattle discussing similar targets. This raises the prospect of more than 1,400 narrowbodies delivering annually from the big two by the end of the decade. 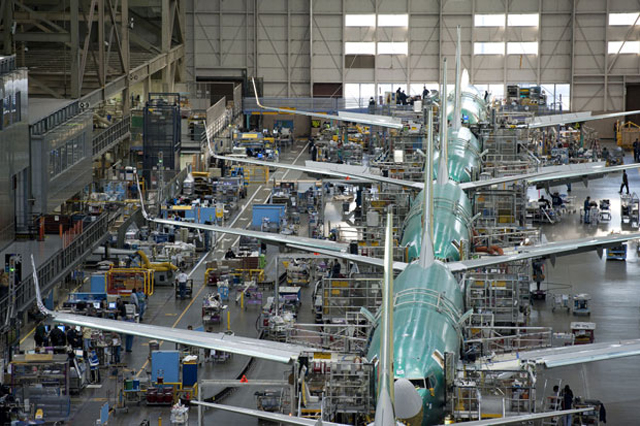 Using Flightglobal's Innovata schedules data, Ascend consultants have calculated that that annual passenger traffic growth in excess of 5.3% over the next five years would be enough to sustain rate 60 for each of the manufacturers. "With 2015 traffic growth year-to-date of 7.4%, these scenarios sound achievable," says Rob Morris, Ascend's head of consultancy.

However, the projections could be derailed by several factors, including a stronger-than-expected performance by new market entrants such as Bombardier and Comac, or a slowing of the trend by airlines to switch capacity from regional and smaller widebody jets to single-aisles.

A cyclical downturn, perhaps sparked by a "black swan" event such as another global financial crash, oil crisis or 9/11-style terrorist outrage could also affect the plans.

To read the full white paper, download the PDF here