As Russia braces itself for a brutal winter, with economic conditions to match, Transaero and its prospective new owner Aeroflot must prepare for a similarly arduous journey toward integration and ultimate business transformation.

The initial obstacles to be surmounted – approval by shareholders and the competition authorities – pale into insignificance compared with those lying further down the road. One that looms large is the mismatch between the carriers’ fleets.

Transaero’s 98 in-service aircraft – 91 of which are Boeings – have an average age of 16 years, versus a mere five years for Aeroflot’s 163 aircraft, which comprise 118 Airbus jets, 25 Boeings and 20 Sukhoi Superjets. Swingeing fleet cuts must surely lie ahead, and Transaero’s 13 737-500s seem the prime candidates for phase-out. Those narrowbodies have an average age of 19 years, and likely don’t retain much residual value. Transaero and Aeroflot both operate fleets of much newer 737-800s, and both fly A321s too, though Aeroflot has many more of these than Transaero.

Decisions on how to streamline the long-haul fleet are for the longer term. Transaero’s in-service widebody fleet of 45 aircraft – 14 747s ,18 767s and 13 777s – is bigger than Aeroflot’s, which consists of 13 777s and 22 A330s, though the flag carrier also has A350s on order. A big question mark overhangs the fate of Transaero’s four on-order A380s. In any negotiations with Airbus on these, Aeroflot can be at least emboldened with the knowledge that the European airframer will be keen on retaining a Russian customer in the interests of a diversified customer base for the double-deck type. 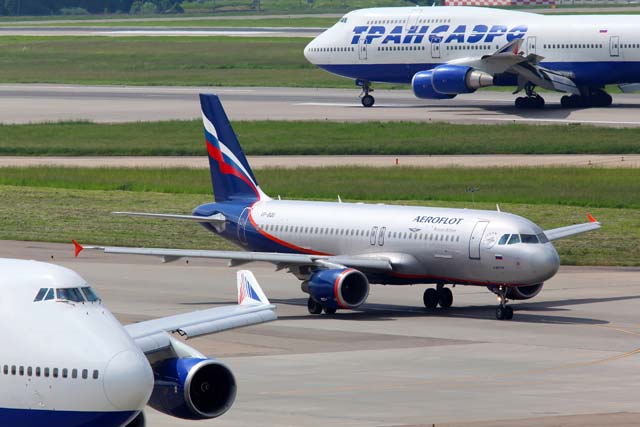 More broadly, Aeroflot-Transaero will need to rationalise various dollar-denominated lease deals, given the impact on revenue of the sharply depreciated rouble.

Before any long-haul fleet plan can be finalised, however, there are huge cultural challenges to address. Even aside from its focus on leisure-market charter flying, Transaero is a very different animal from state-owned Aeroflot. Under the leadership of Olga Pleshakova – who has featured in Fortune’s list of the 50 most powerful women in business – Transaero has had the air of a confident, modernising private-sector independent, and a philosophical clash seems inevitable as the airline joins the powerful host of regional carriers that have been subsumed by Aeroflot since the early 1990s.

At middle-management levels, perhaps, a coming-together of like minds is possible, but there has already been a strong hint that big changes will happen higher up the managerial chain. Almost immediately after news of the putative Aeroflot deal broke, it emerged that Pleshakova had been succeeded as Transaero chief executive by Dmitry Yerzakovich. She will now chair the airline.

The Russian government’s motivation in moving to secure the future of Transaero is multifaceted. Beyond the potential integration benefits which could be brought by the creation of an integrated carrier, there lies the significant weight of the Transaero debt mountain owed to state-banking institutions such as Vnesheconombank and Sberbank.

With the nation’s carriers queuing up for assistance from government, it makes sense for the authorities to simplify negotiations – and perhaps reduce the level of payouts – by effecting market consolidation, albeit that UTair’s situation had seemed more dire than Transaero’s. Likewise, the move dovetails with a narrative of state-directed integration and streamlining within Russia’s aerospace industry generally.

However, it is equally a blow to market competition. With UTair deep in the red, Russia may soon be a country of two-and-a-half airlines, with only S7 as a sizeable independent and the shadow of the state extending ever further.

But if Aeroflot-Transaero can be seen as a victory for pragmatism in the face of adverse market conditions, it is very far from a quick fix. Industry watchers and passengers should prepare for a tedious, long-drawn-out process, knotted with complexity. The only cold comfort for the Russian government may lie in the knowledge that it may be easier to embark on this journey now, rather than be forced to take action later in 2016, after that inevitable bad winter.