If Airbus’s outspoken chief salesman John Leahy is to be believed, the Paris air show might not bring the expected rush of mega-deals that we have become used to during a bumper era for commercial aircraft orders. But with record backlogs in hand, such a slowdown would not be a problem, he suggests.

This year’s industry gathering at Le Bourget may well see combined orders for the “big two” fall short of the 902 aircraft, worth just shy of $60 billion, recorded at its showcase event in 2015. However, what it will be remarkable for is the wide array of new “metal” which will be on display.

In a literal sense, the biggest noise will be around the debut Paris appearance for Lockheed Martin’s F-35A, with the US Air Force to showcase the stealthy type in the air and also on static display. But other first-time Le Bourget appearances will be made by types including the Airbus A350-1000, Boeing 737 Max 9 and Mitsubishi MRJ, all of which will be seeking further buyers. Lockheed’s LM-100J commercial freighter will also be on view, with Embraer’s KC-390 and the Kawasaki P-1.

Strong indications suggest that Seattle will also use the event to officially launch its doubled-stretched 737 Max 10X, and perhaps lift first orders for the type.

Bumper sales make for great headlines, but after a period of huge backlog build-up, sometimes it’s good to just step back and admire a new breed of aircraft. 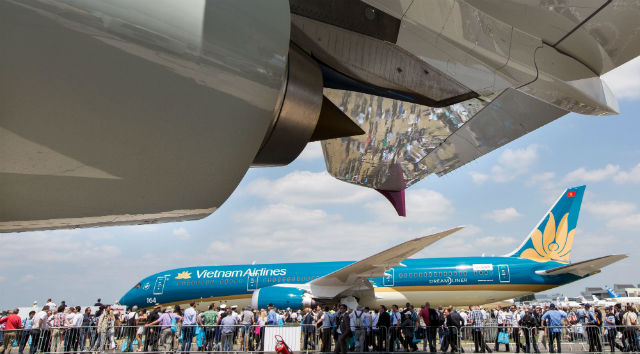