Why crisis means 2020 is the year of freighters and preighters

Chris Seymour, head of market analysis at Ascend by Cirium, looks at how the cargo market has coped during the pandemic

The air freight sector had just come out of its worst year for traffic in a decade, driven by weak global trade, with a 3.3% fall in freight tonne-kilometres (FTKs) during 2019, when the Covid-19 pandemic struck.

Demand began to plummet in March, with a fall of almost 28% in April, before a slight recovery to a 13.5% drop in July, according to IATA data. 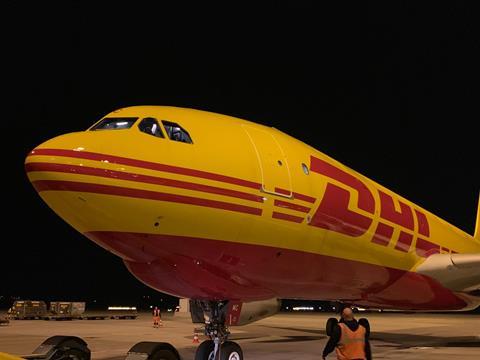 Compared to the passenger market’s first half year traffic reduction of 58.4%, cargo seemed to escape relatively lightly with just a 14.5% fall, but there have been many challenges.

Yet the underlying numbers hide differing fortunes. The fleet of main deck freighters in service has actually increased by 65 aircraft since the start of the crisis and utilisation has gone up. This largely resulted from the capacity crunch, as passenger (mainly widebody) belly capacity decreased by a monthly average of 70% in April-July compared with 2019. As bellies accounted for half of capacity, the industry faced a severe shortage and increasing freighter utilisation was not enough.

Therefore, the scramble to move personal protective equipment (PPE) including masks, gloves and gowns around the globe, especially from China and Asian plants to Europe and the Americas, resulted in the use of hundreds of passenger aircraft as freighters, or so-called “preighters”.

This included using just belly space or also loading boxes and bags on seats and in some cases, actually removing seats. Payloads of over 70t have been recorded on Boeing 777s and an Airbus A340 with no seats can achieve 50t. Some operators, like European Aviation with A340-600s, plan to use preighters in 2021 and maybe beyond.

This extra cargo was on top of the regular shipments of perishables, pharma, semiconductors and auto parts of course, albeit some impacted by factory shutdowns, while e-commerce was also boosted in the lockdown by increases in online purchases.

Cargo yields markedly increased as demand outstripped supply and provided a welcome financial boost for some. Deutsche Post DHL reported a 57% increase in airfreight revenue in Q2 as an example. For some of the world’s leading passenger airlines, their only revenue in Q2 came from cargo.

As supply chains have settled down, shippers have been able to use cheaper shipping and rail options for some PPE, so the spike in demand is past. The question now is what effect the downturn will have on air cargo in the next few years. With a global recession, the air cargo market looks to have an unsettled future in the short term. IATA forecasts a 25% increase in FTKs in 2021, but there are still many uncertainties.

FREIGHTER FLEET ON THE RISE

Looking at how the main-deck freighter jet fleet has developed this year, there was a slight decline of the in-service fleet in February and March, but then an increase each month since then – with 45 additional aircraft being in service by late August compared to the end of January. This is in marked contrast to the passenger jet fleet.

In the high capacity, long-haul fleet, the Boeing 747 remains the market leader, with a fleet of 300 during August, an increase of 10. This includes delivery of three new 747-8Fs but also eight -400Fs and a -200F coming out of storage, indicative of the short-term demand for lift. One 747-400SF which has been stored for seven years is being reactivated.

Time is being called on production of the 747, with just 15 more -8Fs to be delivered by 2022, giving a fleet of 106. The flexibility and twin-engine economics of the smaller 777 have proven more attractive, offsetting lack of a nose door. Some 190 Boeing 777s are now in operation, with a backlog of 42.

Conversion has started of the first 777-300ERSF in a joint venture between GECAS and Israel Aerospace Industries (IAI). Due to receive its STC in 2022, this 99t freighter will have a good volume and six more main deck pallets than the 777-200LRF or MD-11F and four more than the 747-400F. It could prove attractive to the express and e-commerce operators, who need to move lower density cargo over transcontinental ranges, and with improved economics over the older MD-11 or 747-400F. With 106 MD-11Fs to be replaced, the -300ERSF looks a viable option.

The fleet of intermediate sized (sub-70t payload) freighters numbered almost 600 at the end of 2019. Over the next 20 years, the opportunity exists to replace over 60% of that fleet (mainly Airbus 300s and Boeing 767s) and also grow the fleet by a forecast 350 aircraft.

The 52t 767-300F has an advantage over other freighters in that it is very much “right sized” for integrator and e-commerce demand. With a backlog of 53 and nine new orders already in 2020, Boeing has actually increased production and is now delivering 18-20 per year, with FedEx a key customer. Boeing is also considering a possible re-engined 767-X version using the 787’s GEnx engines for the 2030s, in part driven by the need to meet the new ICAO environmental regulations.

Conversions of the 767-300ER have also proved popular, with over 110 converted, and the strong demand in recent years has been driven by Amazon, China and now UPS and DHL among others.

Demand for conversions remains robust, with at least 18 being done this year and next, as passenger feedstock rises and values fall, although the increasing age of the 767 fleet and availability of higher volume A330s will start to see a shift away as good feedstock decreases. A330 conversions have started slowly, driven by DHL, but falling passenger values should provide more boost. With some 180 older A300s to be replaced in the next few decades, we expect the A330 freighter fleet to grow.

In the narrowbody sector, the fleet has risen by 37 in-service since the end of February. The number of 737NGs converted is rising from 18 last year to at least 24 this year, with Amazon a key player again. GECAS recently increased its commitment to 60 and the backlog for the three converters is over 80. The move to the newer generation is well underway, with 737 Classic numbers falling (below 10 this year) and 757s may just make double figures. Later this year, the first A321 P2F is due in service, with at least three programmes in progress and orders for over 20.

Despite the current uncertainties, the cargo market is continuing to generate new business for OEMs and converters, with a hope that a robust recovery in traffic will also help drive aviation’s recovery from the 2020 pandemic.