The supervisory board of Austrian Airlines has approved a plan to buy 17 used Embraer 195s to replace a fleet of Fokker 70 and 100 jets.

The acquisition by the Luthansa subsidiary replaces the 80 to 100-seat jets with the Brazilian-made aircraft in a 120-seat lay-out.

Austrian is acquiring the 17 E195s from sister company Lufthansa CityLine. 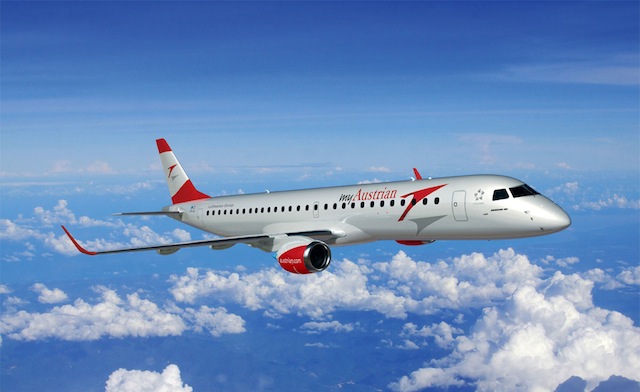 Those aircraft will be replaced in CityLine’s fleet by the acquisition of an unspecified number of Bombardier CRJ900s from Eurowings, which is another Lufthansa subsidiary, Austrian Airlines says.

Calling it “one of the largest investment projects in the history of Austrian aviation”, Austrian Airlines chief commercial officer Andreas Otto says the deal is directly connected to 900 jobs.

Austrian Airlines plans to launch commercial service with the E195s in January, following delivery of the first aircraft for crew training in August.