Colombian carrier Avianca has cancelled or converted much of its Airbus A321neo order, switching some to the smaller A320neo variant.

Avianca had disclosed last month that it was axing 20 single-aisle Airbus jets from its backlog.

Analysis of Airbus’s latest figures shows that the cuts have focused on the A321neo fleet, with Avianca’s commitment for 28 aircraft being cut to just two.

It indicates that 21 of the aircraft have been switched to A320neos, with the remaining five cancelled.

Avianca has also cancelled 15 A320neos – although the net effect of the changes is an increase in A320neo orders from 92 to 98. 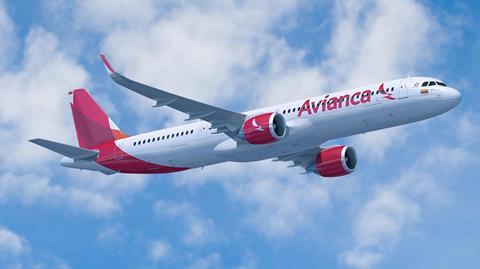 Avianca has slashed its A321neo commitment