Belavia steps up to E2 under new lease deal

Belarussian operator Belavia has signed for three of the re-engined Embraer 195-E2 regional jet, expanding its operations with the E-Jet family.

Belavia is to take the first of the three Pratt & Whitney PW1900G-powered aircraft in December this year.

The airline has reached the lease agreement with AerCap, the lessor has disclosed.

AerCap will deliver the other two aircraft to Belavia in March-April 2021. The lessor has 50 of the E2 family either on order or within its portfolio.

Minsk-based Belavia already has seven E195s in its fleet plus four of the smaller E175. 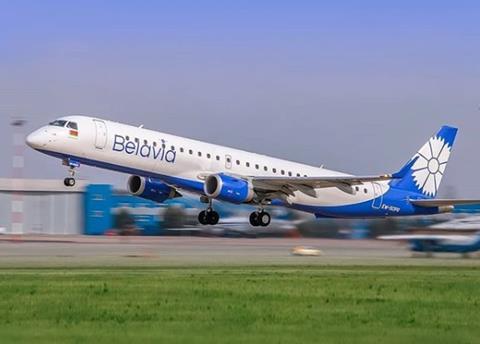 Belavia already has several E-Jets in its regional fleet