Biman Bangladesh Airlines is adding to its fleet of Boeing 787-8s with an order for a pair of larger and longer-range -9 Dreamliners.

Biman Bangladesh Airlines is adding to its fleet of Boeing 787-8s with an order for a pair of larger and longer-range -9 Dreamliners.

Worth $585 million at list prices, the order was previously attributed to an unnamed customer in Boeing’s backlog. 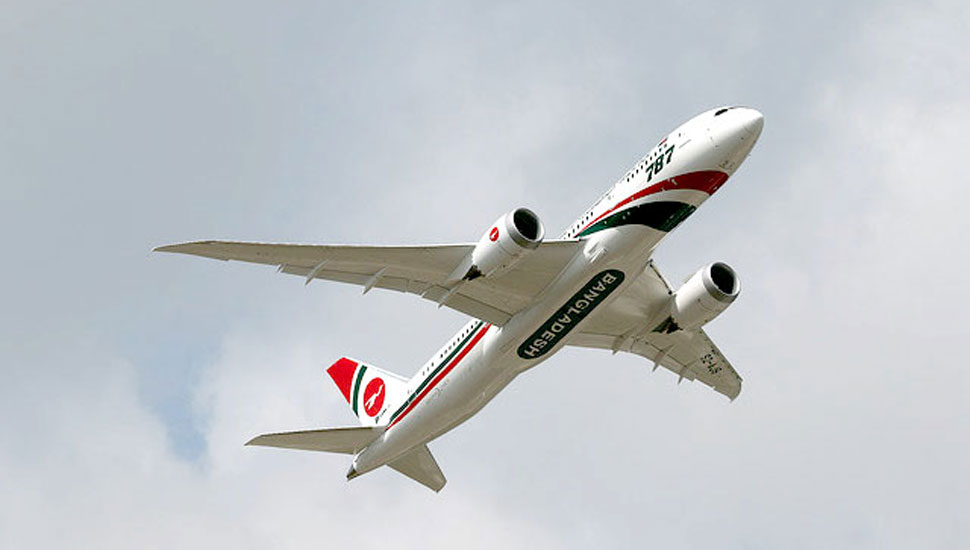 Muhammad Enamul Bari, chairman of Biman, says the -9 variant will be ideal for point-to-point operations where a 300-seat capacity is perfect.

Biman has configured its four 787-8s in a two-class, 271-seat layout, and Boeing lists the -9 as accommodating 296 passengers across two classes.

GE Aviation GEnx engines power Biman’s current 787-8s, and the US manufacturer has been selected for the next two aircraft. No delivery date is listed, however.

Bari praises the 787 family, noting the commonality across the range, adding: “Who knows, in the near future we might get the -10 as well.”

The carrier is also seeking approval to begin fifth-freedom flights from Dhaka to Toronto via Manchester, as well as Singapore to Bali.

“Then New York as soon as we get clearance – that’s our top priority,” says Bari. The carrier will serve New York direct.